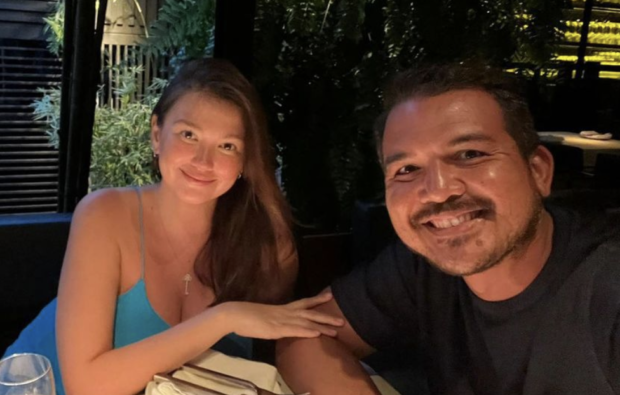 Angelica Panganiban is yet to welcome her first child but her non-showbiz boyfriend Gregg Homan appears to be already looking forward to having a second child with the actress.

Homan showed off Panganiban in a white maternity dress, and asked in jest about their plans of having a baby number two, as seen in a photo reposted by Panganiban on her Instagram Stories yesterday, Sept. 18.

“Napakaganda mong buntis. Sundan kaya natin kaagad si [Bean?] (You are a very beautiful pregnant [mother]. Shall we give Bean a sibling right away?)” he said, apparently referring to their child. “Just [teasing].” 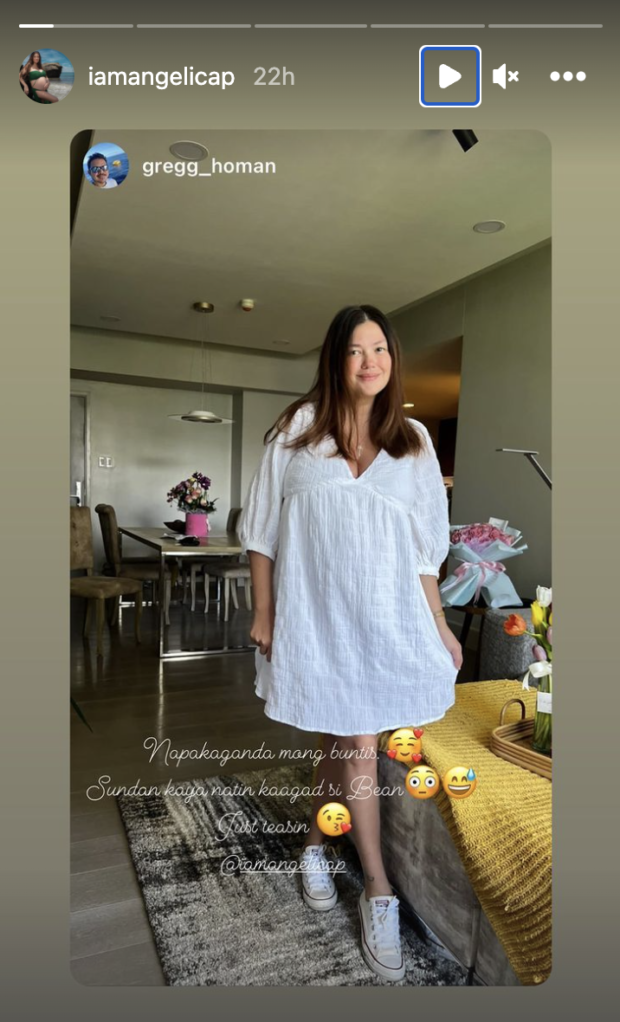 Panganiban announced her pregnancy last March, and shared in a gender-reveal party last June that she and Homan are expecting a baby girl. The couple also earlier had an under the sea-themed baby shower, which was attended by Panganiban’s fellow celebrities Anne Curtis, Angel Locsin and Maxene Magalona, among others.

Meanwhile, Panganiban made public her relationship with Homan on New Year’s Day of 2021. They also celebrated their first anniversary in the same year. JB