Julia Barretto speaks up on rumored split with Gerald Anderson: 'I feel safe in our relationship' | Inquirer Entertainment

Julia Barretto speaks up on rumored split with Gerald Anderson: ‘I feel safe in our relationship’ 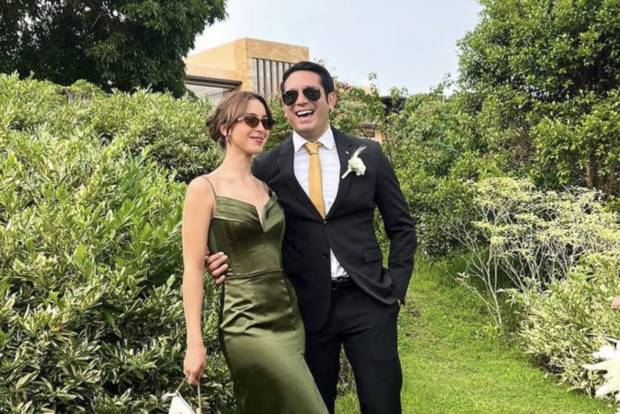 Julia Barretto has broken her silence on the breakup rumors hounding her and her boyfriend, actor Gerald Anderson, saying she “feels safe” with him.

The actress was asked about her thoughts on the split rumors in an interview with broadcaster Karen Davila for the latter’s YouTube vlog yesterday, Sept. 15.

“Sa news (In the news), every month, that’s the situation. But no, we haven’t broken up. I think that’s a sign na we’re really able to protect our relationship and keep it private,” she told Davila.

Davila then asked Barretto how serious she thinks the relationship is and whether she trusts Anderson enough to believe he will not hurt her.

“Serious. I would say I do feel safe in this relationship,” Barretto answered. “I don’t think I’ll get into a relationship with somebody I don’t trust, so I do trust him and he shows me that every single day. There’s just no reason for me to doubt.”

For Barretto, being with Anderson is different from her relationships in the past because it gives her a “sense of security” and a “sense of calm.” She also said that Anderson’s kindness motivated her to become a “better person.”

“He created such a safe and healthy environment in my life so I feel good,” she said.

Speculations that Barretto and Anderson broke up came after Anderson went to Switzerland with actress Kylie Padilla for the filming of their movie together, and was rumored to be expecting a child with the actress.

Padilla laughed off the rumors and described her working relationship with Anderson as “super professional.” Meanwhile, Anderson addressed the  rumors by stating that the public should just wait for nine months to confirm if it is true.

Anderson confirmed his relationship with Barretto in March 2021 during an interview with TV host Boy Abunda.  /ra