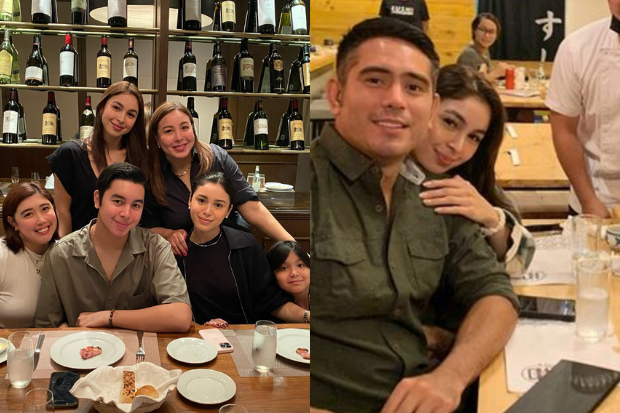 Gerald Anderson and Julia Barretto’s relationship seems to be doing well despite breakup rumors, as the actor was seen bonding with the actress and her family.

Anderson joined his girlfriend, her mother Marjorie Barretto, and her siblings when they dined out together as a family, as seen on Marjorie’s Instagram page last Sunday, Sept. 4.

“My real friends are my children. Best people ever!” Marjorie said.

Julia and Anderson were then spotted on a double date with fellow actor Joe Vargas and his wife Bianca Yanga.

The couples had a meal together at the Japanese restaurant Sushi Shokunin, as seen on the restaurant’s Instagram page yesterday, Sept. 5.

A post shared by Sushi Shokunin by Chef Migs (@sushishokuninbychefmigs)

This comes after actress Kylie Padilla dismissed and laughed off pregnancy rumors involving her and Anderson, who is her co-star in the upcoming film “Unravel.”

Anderson confirmed his relationship with Julia in March 2021 during an interview with Boy Abunda.

Meanwhile, Julia admitted that she is ready to say “yes” if Anderson ever proposes to her in the near future. The actress, who earlier expressed openness to quit show biz and have a family within the next few years, explained that she finds marriage “exciting” and is “not scared.”  /ra