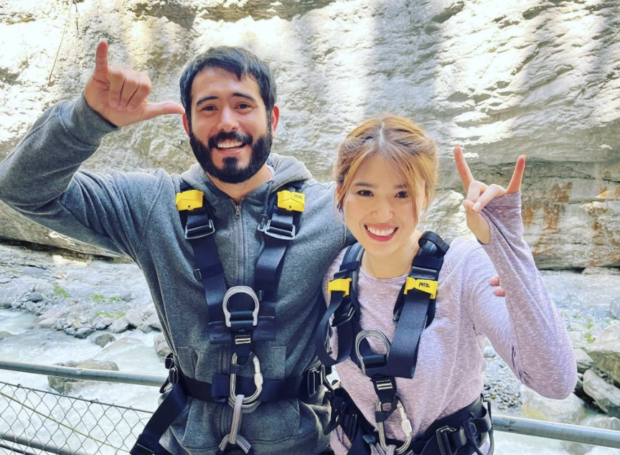 Gerald Anderson addressed the rumors that he and Kylie Padilla, his co-star in the upcoming film “Unravel,” are expecting a child together, stating that the public should just wait for nine months to confirm if it is true.

Anderson spoke about the pregnancy rumors in a conversation with comedian-talent manager Ogie Diaz, as seen on the latter’s YouTube channel yesterday, Sept. 12. Diaz quipped about how the “publicity” of the movie, apparently referring to the said rumors, came out much earlier than the film’s premiere.

(Maybe you were the one who created that publicity. The film should have been released earlier so it would have come along with [the publicity]. Let’s just wait nine months from now.)

Anderson also revealed that he has another upcoming movie filmed in Russia, joking that Diaz was unaware of the said project because it did not involve any pregnancy rumors.

Padilla earlier dismissed the said rumors and stressed that she and Anderson only share a professional relationship. She also admitted being bothered by the misinformation such rumors cause.

Meanwhile, Anderson recently bonded with his actress girlfriend Julia Barretto as well as her family, amid breakup speculations hounding their relationship. JB