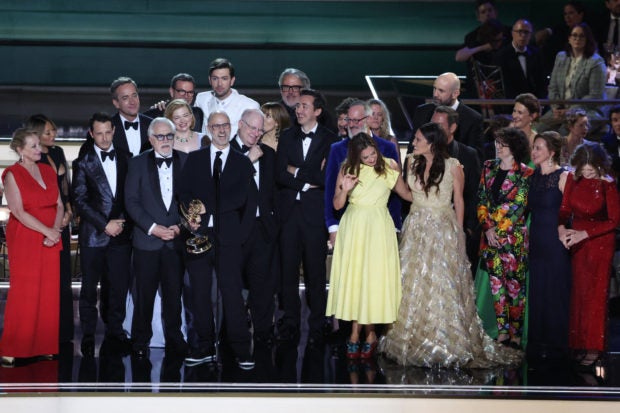 LOS ANGELES — “Succession,” the story of a dysfunctional wealthy family jockying for power, and feel-good comedy “Ted Lasso” took the top honors at the Emmy awards in Hollywood on Monday.

Both shows were repeat winners. “Succession” was named best drama series, an award it had won in 2020 before the COVID-19 pandemic disrupted its production schedule.

One newcomer among the major honorees was Lee Jung-jae, who was named best actor in a drama for his role on South Korean drama “Squid Game.” The dystopian thriller about cash-strapped contestants risking their lives for wealth became a global sensation after its release a year ago.

“The White Lotus,” about wealthy vacationers and the workers who cater to them, landed the trophy for best limited series. JB