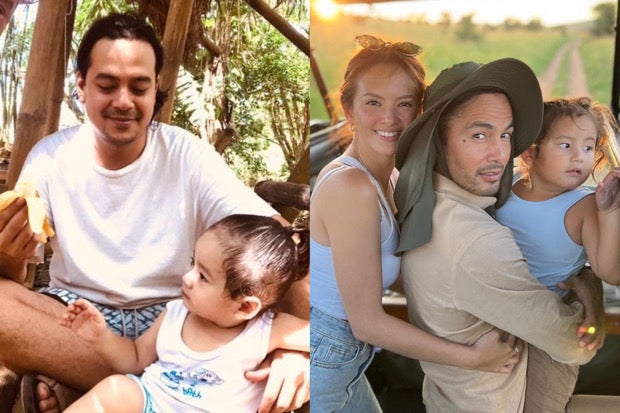 John Lloyd Cruz has nothing but appreciation for fellow actor Derek Ramsay who he credited for being a good parent to Elias.

Cruz spoke about his co-parenting setup with Elias’ mom, actress Ellen Adarna, and how Ramsay plays a necessary part in it, in a conversation with Ogie Diaz during director Edgar “Bobot” Mortiz’s birthday party. Diaz gave an account of his chat with Cruz through a vlog on the comedian-talent manager’s YouTube channel yesterday, Sept 6.

(I told [John Lloyd], “It’s a good thing that you and Ellen are OK in your [co-parenting setup]. He said, “Of course. Whenever I want to spend time with my son, I get to borrow him [from his mother]. Derek’s presence is also a good thing because he understands me, since he is also a father himself. Derek also has a good parenting approach towards my son. [Elias] is only four years old but he behaves as if he is already mature.)

Cruz and Elias, who were both present at the party, also share a tight father-and-son bond which Diaz got to witness during the said event.

“Sabi nga niya sa akin, ‘Kung hindi gano’n si Derek, hindi ko alam kung anong ugali ngayon ni Elias,'” Diaz said. ([John Lloyd] even told me, “If Derek is not the way he is, I would not know how Elias’ attitude would be now.”)

Meanwhile, Cruz spent his birthday last June with Elias and rumored girlfriend, artist Isabel Santos. The three of them were also seen bonding last February in a beach trip. JB