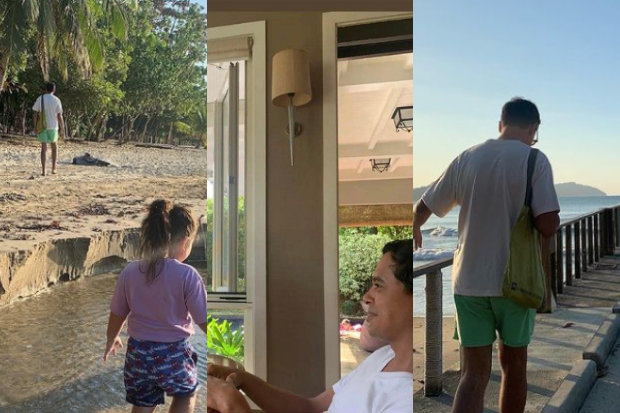 John Lloyd Cruz and his son Elias were seen in what appears to be a beach getaway with the actor’s rumored new girlfriend.

Though Cruz has lately remained quiet about his love life, fans are speculating that there is something special brewing between him and his rumored girlfriend Isabel Santos, who gave a glimpse of bonding moments of the actor and his son on her Instagram Story yesterday, Feb. 21.

Cruz was spotted with two companions and two kids in front of a pond. Elias, his son with ex-girlfriend Ellen Adarna, was also with him. Though the Instagram Story is no longer available on Santos’ page as of this writing, the photo has circulated on social media.

The actor was also shown in what appears to be a conversation with one Sarji Ruiz in Santos’ Instagram Story on the same day. 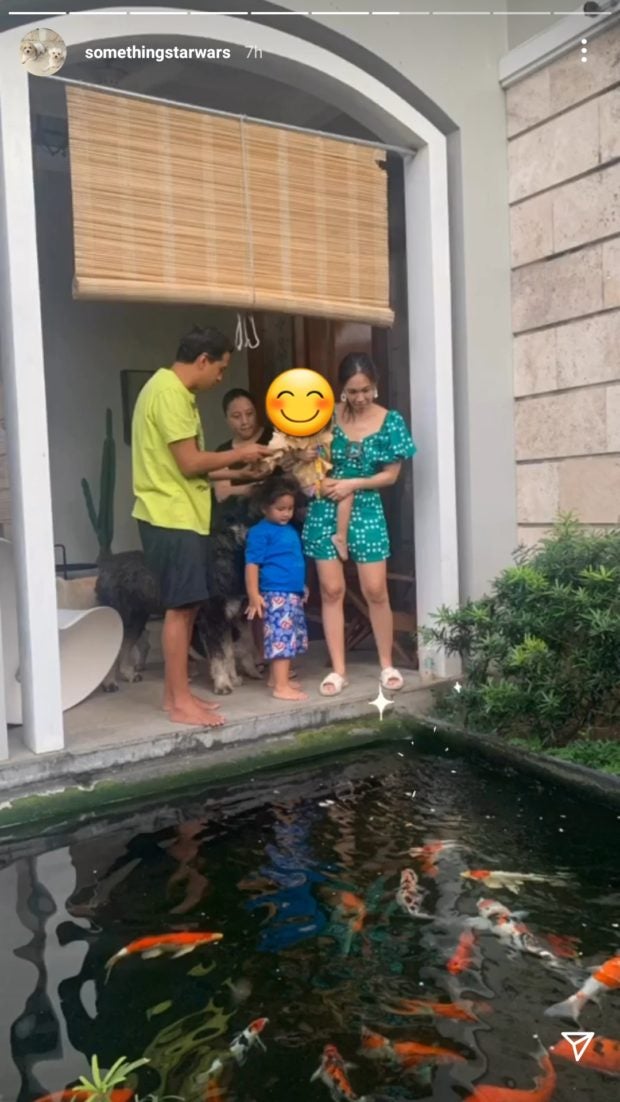 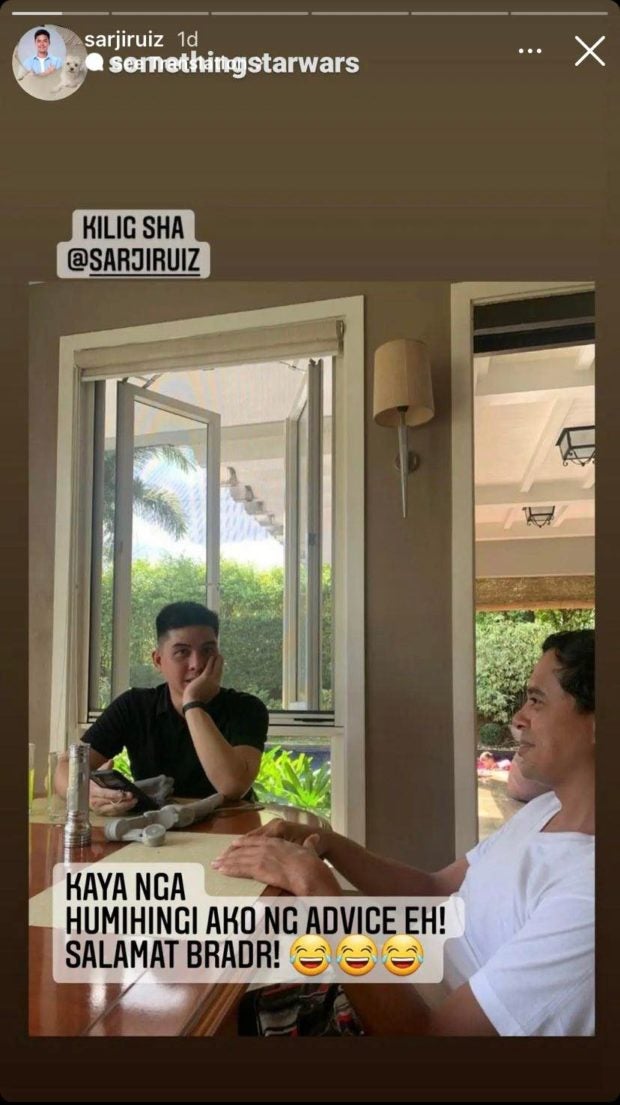 Santos then showed beach moments with a man and a child who appears to be Cruz and Elias on her Instagram page, also yesterday. The two can be seen walking by the shore and jumping into the water.

Rumors that Cruz is now in a new relationship started when it was reported that the two have been spotted together multiple times in late 2021. Eagle-eyed fans also noticed that Santos posted on Instagram a house that resembles Cruz’s home in Antipolo, as well as several photos with a mystery man who appears to be the actor.

Cruz was also reportedly spotted with his arm around Santos during Crown Artist Management’s Christmas party last December. However, he is yet to confirm or deny any romance rumors.

Cruz and Adarna dated in 2017 and the actress gave birth to Elias in 2018. The pair eventually parted ways the following year and have since been co-parenting their child.

Adarna is now married to actor Derek Ramsay. Cruz wished the couple a “strong and fun marriage” after they tied the knot in November.  /ra

Read Next
Jake Gyllenhaal speaks up on Taylor Swift’s ‘All Too Well’: ‘Nothing to do with me’
EDITORS' PICK
Individuals affected by ‘Karding’ now over 157,000
Newbie gamers are in for a treat with the power-packed feature of vivo Y16
House energy committee chair Arroyo bats for cheap electricity
Bongbong Marcos says PH ‘open for business’ with new Clark Airport terminal
Karding damage to infrastructure at P23M
Reignite your passion with the vivo Y35
MOST READ
LPA enters PAR, may develop into tropical depression
Badoy not with Office of the President, NTF-Elcac, under Marcos admin — solon
‘Sardinas ang ulam’: Senators lament soldiers’ P150 daily subsistence allowance
Angelica Panganiban ‘duguan, sugatang mom’ one week into breastfeeding
Don't miss out on the latest news and information.