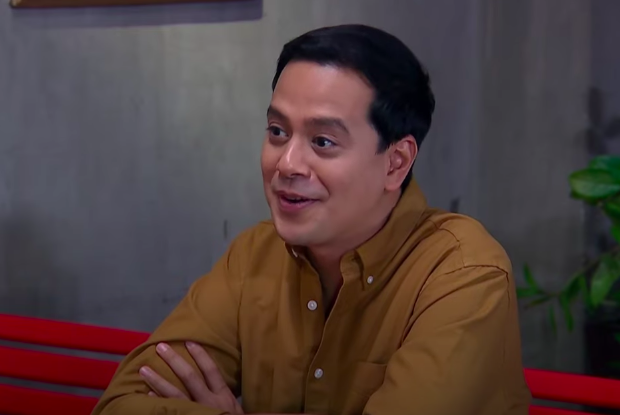 John Lloyd Cruz is finally returning to television with the release of the teaser for his new sitcom “Happy ToGetHer,” which hints at a new onscreen romance for the actor.

He can also be seen on a date, greeting Carmi Martin and Miles Ocampo, as well as talking to his boss about his nervousness over introducing his girlfriend.

While the teaser did not reveal who will play Cruz’s onscreen girlfriend, it hinted at a possible romance with actress Jenzel Angeles’ character.

“Happy ToGetHer” marks Cruz’s first TV series since his years-long showbiz hiatus and his first project ever with GMA Network.

He announced back in 2017 that he would be stepping away from the limelight “to attend to personal matters.” It was around this time that he and actress Ellen Adarna were in a relationship and later welcomed their son, Elias. The two have since separated and agreed to co-parent.

Cruz made his comeback TV appearance last June, at an event for a shopping app with TV host Willie Revillame. The actor was then officially welcomed to GMA Network on Nov. 9.

Cruz joined actress Maja Salvador’s talent agency Crown Artist Management last May. He was handled by ABS-CBN for most of his career.  /ra