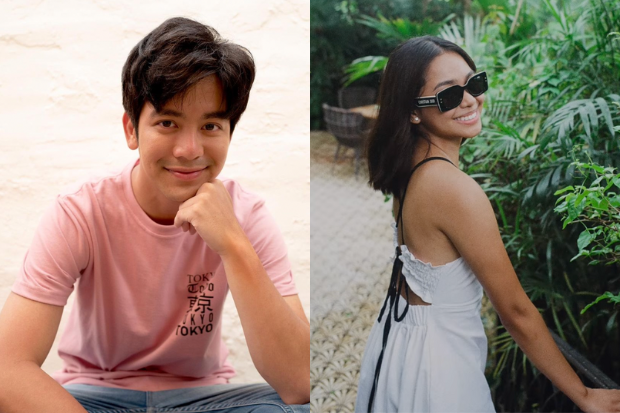 Is there anything romantic brewing between Joshua Garcia and Bella Racelis? Fans speculate this as the actor gave glimpses of moments with the beauty vlogger.

Racelis, known for her YouTube channel ThatsBella, appears to be in a garden resort where she can be seen walking, lounging, laughing and posing for portraits, via Garcia’s photography Instagram account (@jeg.imahe) yesterday, Sept. 6.

The “Mars Ravelo’s Darna” actor showed the photos in black-and-white, then in color in the said Instagram Reel. He did not give further details on the portraits, only stating the type of film camera he used to take them.

Romance speculations linking Garcia and Racelis started around August, when the two interacted through comments on the vlogger’s Instagram page. After Racelis posted one of her outfits for the Vogue Philippines gala, the actor sent her a fish emoji, to which she replied with a shark emoji.

As of this writing, neither Garcia nor Racelis has directly talked about the speculations to confirm or deny the supposed romance between them.

Garcia was previously in a relationship with his former leading lady Julia Barretto. They broke up in 2019, but the actress stressed they were able to remain friends after the split. Fans believe the two have since had “closure” when they starred together in the music video for Moira Dela Torre’s “Paubaya.”  /ra