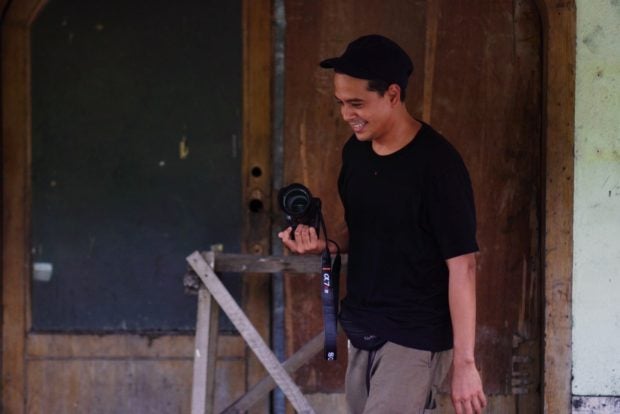 John Lloyd Cruz has joined the Cinemalaya Independent Film Festival this year, but he will not be appearing onscreen. He will be its official portrait photographer.

The festival organizers announced this while giving a peek at Cruz working behind the scenes, via Cinemalaya’s Facebook page today, July 20. Cruz can be seen taking portraits of filmmakers and posing in an empty theater.

(Every year, Cinemalaya invites a photographer to take portraits of the filmmakers who joined the competition. This year, in a rare opportunity, an actor is holding the camera to take photos of the directors. Yes, it’s the big swap we didn’t see coming.)

Cruz spent two days with 18 filmmakers to take their portraits, which will be put on display during the opening of Cinemalaya 2022 at the Cultural Center of the Philippines (CCP) on Aug. 5.

Cinemalaya 2022 marks the 18th year of the festival and its return to on-site screening after two years of online streaming due to the COVID-19 pandemic. Eleven full-length films and 12 short films are in competition, as per a release by CCP.

Meanwhile, Cruz currently plays the lead character Julian in the GMA sitcom “Happy Together.” He stars in the series alongside Miles Ocampo, Carmi Martin and Jason Gainza, among others.  /ra