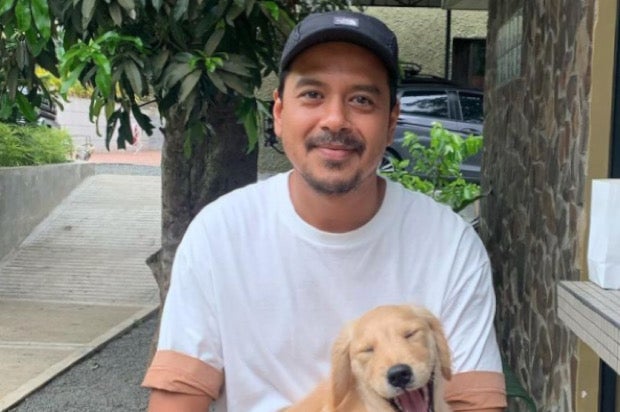 John Lloyd Cruz and his rumored girlfriend Isabel Santos appear to be getting more comfortable sharing their rumored relationship to the public, as she showed him on her Instagram.

The artist gave a glimpse of her casual bonding moment with the actor, where he can be seen cradling a dog while sitting in an outdoor area, via her Instagram page yesterday, April 12.

This marks the first time Cruz’s face was clearly seen on her Instagram feed, although Santos have been posting snaps with a man who netizens speculate to be Cruz.

Santos was also earlier spotted spending time with Cruz and Elias, his son with ex-girlfriend Ellen Adarna, on a beach trip.

Speculations that Santos and Cruz are dating started when eagle-eyed fans noticed Santos’ post of an identified man who appears to have a resemblance to the actor and his house in Antipolo. She also shared photos of a man by the beach which also appears to be Cruz.

Meanwhile, Cruz is co-parenting Elias with Adarna. The actor also gave his well wishes to Adarna and actor Derek Ramsay after the couple got married in November last year. JB