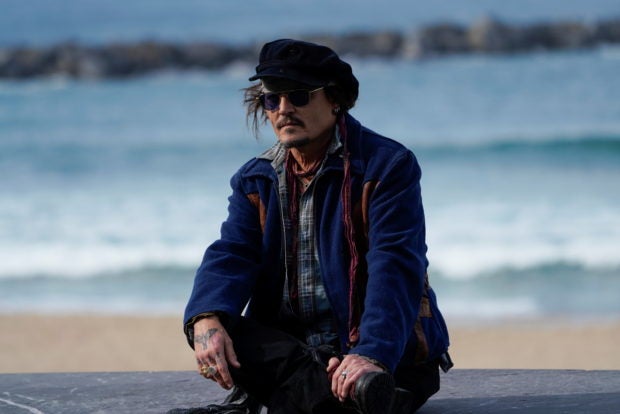 WASHINGTON — Lawyers for Hollywood star Johnny Depp on Tuesday gave a jury an overview of his United States defamation case against his ex-wife Amber Heard, the latest chapter in a long-running legal fight between the two Hollywood stars.

Opening statements kicked off in a Virginia courtroom in a lawsuit Depp, 58, brought against Heard, 35, for $50 million in 2018.

Depp alleges Heard defamed him when she penned a December 2018 opinion piece in the Washington Post about being a survivor of domestic abuse.

The article never mentioned Depp by name, but Depp lawyer Benjamin Chew told jurors on Tuesday that it was clear Heard was referencing the Hollywood leading man.

Chew told jurors Heard published the piece on the eve of the release of “Aquaman,” her biggest film yet, to drum up publicity and advance her career.

“By choosing to lie about her husband for her own personal benefit, Amber Heard forever changed Mr. Depp’s life and his reputation,” Chew said. “You will hear him tell you the dreadful impact it has had on his life.”

“Hollywood studios don’t want to deal with the public backlash from hiring someone accused of abuse — even someone with the incredible body of work and record that Mr. Depp can be proud of,” Chew said.

J. Benjamin Rottenborn, a lawyer for Heard, said in his opening statement that Depp was trying to mislead the jury with “crazy conspiracy theories.”

Rottenborn said Heard was telling the truth about “horrific” abuse she endured, but the case is really about a narrow legal question: whether Heard’s opinion piece was free speech protected by the U.S. Constitution’s First Amendment.

“That is the question, and that is what you are being asked to decide,” Rottenborn told jurors.

“Mr. Depp’s team is going to try to turn this case into a soap opera,” Rottenborn said. “Why? I’m not really sure, because the evidence isn’t pretty for Mr. Depp.”

Another of Heard’s lawyers, Elaine Bredehoft, said that during a trip to Australia in 2015, Depp dragged Heard across the floor, punched her, kicked her and then “penetrated her with a liquor bottle.”

Depp shook his head “no” in the courtroom when Bredehoft made the statement to jurors.

A state court judge in Fairfax County, Virginia, is overseeing the trial, which is expected to last six weeks. A jury was selected on Monday.

Less than two years ago Depp lost a libel case against The Sun, a British tabloid that labeled him a “wife beater.” A London High Court judge ruled he had repeatedly assaulted Heard and put her in fear for her life.

In the U.S. case, Depp and Heard both submitted long lists of potential witnesses they could put on the stand.

Heard’s list includes her ex-boyfriend and Tesla TSLA.O chief executive Elon Musk, with whom she texted about Depp. Also on the list of potential witnesses is actor James Franco.

The Washington Post is not a defendant in the case. Depp’s lawyers have said they filed the case in Fairfax County, outside the District of Columbia, because the newspaper is printed at a facility there. Heard unsuccessfully tried to transfer the case to Los Angeles, where she and Depp lived.

The U.S. is a difficult forum for libel plaintiffs, especially public figures like Depp, who faces several hurdles in the Virginia case. Depp must prove by clear and convincing evidence that Heard knowingly made false claims.

Depp and Heard met while making 2011 film “The Rum Diary” and married four years later. Heard accused Depp of domestic abuse after filing for divorce in 2016. Heard is known for her roles in “Aquaman” and “Justice League.” She has brought her own libel claim against Depp, saying he smeared her by calling her a liar.

Heard’s counterclaim will be decided as part of the trial. Heard is seeking $100 million in damages from Depp, according to court papers.