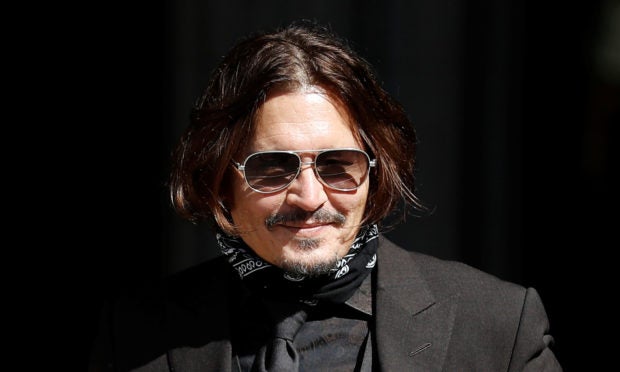 LOS ANGELES — Discovery has commissioned “Johnny vs Amber,” a two-episode documentary that tells the story of the breakdown of Johnny Depp and Amber Heard’s relationship, and how it spiraled into a celebrity court case.

Being produced as a double bill by Optomen, each film is told from one of their perspectives. The documentary will feature interviews with lawyers involved on both sides and testimony from those close to the former couple. It will also examine extensive footage and audio recordings filmed by the couple themselves.

The documentary will be available on the streaming service Discovery Plus this fall.

Amber Heard filed for a divorce from Johnny Depp in 2016. The case, which ended in a the United Kingdom High Court verdict against Depp, grabbed global headlines.

“The series provides an in-depth insight into the epic battle that powered #JusticeforJohnnyDepp and #IStandWithYouAmberHeard fan campaigns and the very public High Court case that gripped us all,” Clare Laycock, senior vice president for planning and insights as well as head of entertainment at the streaming service, said. “Optomen has done a fantastic job turning this multi-layered story into something both engrossing and horrifying.”

“The story of what happened between Johnny and Amber continues to be hugely divisive, between fans and the public at large. We set out to make a documentary that would explore the story from each of their perspectives, so the viewer can go beyond the headlines, understand who they are, and decide who they should believe in this complex human story,” Charlotte Reid, vice president commissioning for entertainment of the site, said. “We think it’s a compellingly contemporary story on truth and lies that we hope will open up a conversation with our viewers on Discovery Plus.”

“Through the tapes, home videos and text messages shown in court, these films give viewers a rare and important insight into a marriage that went tragically wrong, and to better understand the hugely important issue of domestic violence,” Nick Hornby, co-CEO at Optomen, added.

Read Next
It’s official! Edu Manzano and Cherry Pie Picache are in a relationship
EDITORS' PICK
Pandemic prognosis: Where does it go from here?
Legarda: Ending Violence Against Women, a cause for all
Smart offers wireless fiber-like speeds to Filipino homes with country’s first 5G Prepaid Home WiFi
This new condo in the South will make you want to turn a new leaf
Google won’t accept election ads for 2022 national polls
House OKs bill allowing married women to retain maiden surname
MOST READ
Bongbong Marcos to face another disqualification case
Christine Bersola, Julius Babao cleared of cancer after colonoscopy, endoscopy
Former PM Abe says Japan, US could not stand by if China attacked Taiwan
Pacquiao showers cash to 4,000 people in 2-day sortie in Agusan
Don't miss out on the latest news and information.