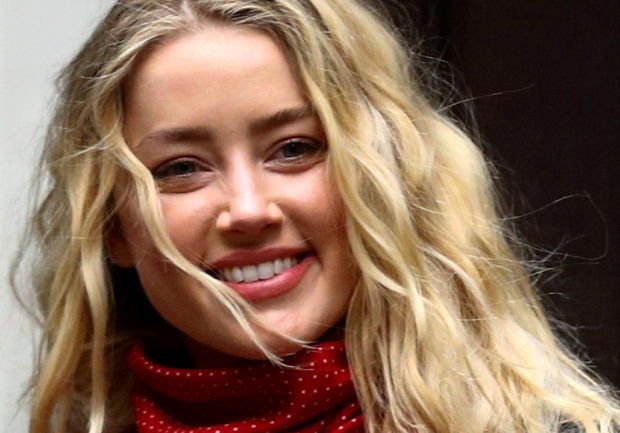 Amber Heard as she arrives at the High Court in London, Britain July 16, 2020. Image: Reuters/Hannah McKay

LONDON — “Aquaman” actor Amber Heard has revealed that she welcomed a daughter in April, sharing a picture of herself with the three-month-old on social media.

In a post on Instagram late on Thursday, the 35-year-old, who was previously married to Hollywood star Johnny Depp, said baby Oonagh Paige Heard was born on April 8.

“Four years ago, I decided I wanted to have a child. I wanted to do it on my own terms. I now appreciate how radical it is for us as women to think about one of the most fundamental parts of our destinies in this way,” Heard wrote.

“I hope we arrive at a point in which it’s normalized to not want a ring in order to have a crib. A part of me wants to uphold that my private life is none of anyone’s business. I also get that the nature of my job compels me to take control of this.”

She gave no further details of the birth.

“She’s the beginning of the rest of my life,” she said.

Heard is also known for roles in “Justice League” and “The Rum Diary,” where she met Depp on set. The two married in 2015 but Heard filed for divorce 15 months later.

Last year, Depp lost a libel battle with a British tabloid that labelled him a “wife beater,” after a London High Court judge ruled the “Pirates of the Caribbean” star had repeatedly assaulted Heard during their relationship and put her in fear for her life.

He was refused permission to challenge the verdict by London’s Court of Appeal in March.

Separately in the United States, Depp has filed a $50 million defamation lawsuit against Heard in a Virginia court over an opinion piece she wrote in The Washington Post. JB