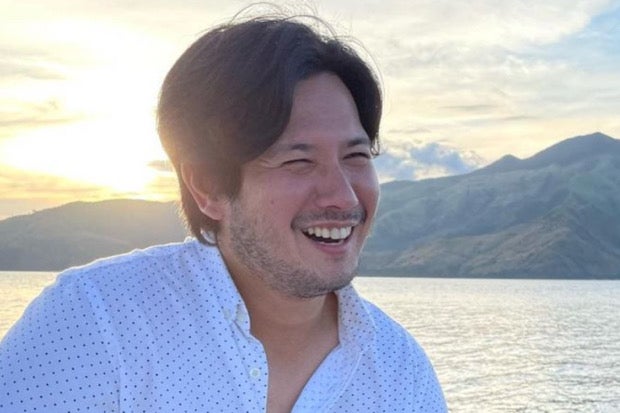 John Prats disclosed that at one time he almost left ABS-CBN, but was stopped by one of the network’s executives, Cory Vidanes.

The actor-director spoke about this as he recounted the ups and downs of his 30-year showbiz career, in an interview with TV host Bianca Gonzalez, as seen on her YouTube channel yesterday, Aug. 8. One of the career highlights Prats talked about was his love team with fellow actor Heart Evangelista during the early 2000s.

(After that era, that was the time when I felt that my career was at its lowest. When Heart and I separated [from being a love team], my show at the time was only ASAP then ASAP Fanatic. I only got a small talent fee because I only worked once a week.)

He then realized that he needed to “reinvent” himself, and went back to his “first love,” dancing. Prats then auditioned for the reality TV show “Pinoy Big Brother,” which he considers as his “second chance” in his career.

(My projects came one after the other and I felt blessed. And when I had my own family–Liv was already pregnant–we realized that the [income I got] from doing tapings twice a week was not enough to sustain or support my family.)

(I was about to transfer then the next day, tita Cory [Vidanes] found out and stopped me [from transferring]. When I knew that she stopped me, I said, “OK, I’ll stay.”)

Prats then became part of the cast of the action-drama TV series “FPJ’s Ang Probinsyano,” where he eventually served as one of the show’s directors.

(With all that’s happening in my life, I am so blessed because I learned a lot of things after everything that happened to me. I can say that everything I have  achieved and wherever I am now, I worked hard for it and it wasn’t easy.)

Prats, who entered show business at the age of 8, marked his 30th anniversary in the industry last April. The actor thanked those who have been part of his journey, noting that the milestone is his “greatest achievement” in life.  /ra

Read Next
BLACKPINK returning to Manila for concert in March 2023
EDITORS' PICK
House energy committee chair Arroyo bats for cheap electricity
Karding damage to infrastructure at P23M
UNFPA Philippines Career Opportunities
Bongbong Marcos says PH ‘open for business’ with new Clark Airport terminal
Reignite your passion with the vivo Y35
Sierra Madre stands up to Karding, but needs protection vs the humans it saves
MOST READ
Angelica Panganiban ‘duguan, sugatang mom’ one week into breastfeeding
Badoy not with Office of the President, NTF-Elcac, under Marcos admin — solon
LPA enters PAR, may develop into tropical depression
Kris Aquino offers help for Lolit Solis’ dialysis needs amid her own illnesses
Don't miss out on the latest news and information.