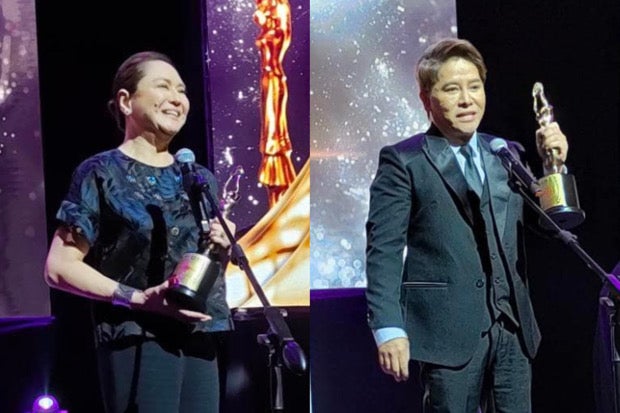 Santos won the Best Actress award for her portrayal in the film “Kun Maupay Man It Panahon,” while Tañada earned the Best Actor prize for his role in “Katips.” The winners were announced by the awarding body through a series of posts on its Facebook page, showing the awardees receiving their FAMAS trophies, also yesterday.

Aside from the Best Picture award, “Katips,” a musical film about student activists during Martial Law, took home the Best Musical Score, Best Cinematography and Best Original Song. It also bagged Best Director for Tañada, who also served as the film’s producer and writer, and the Best Supporting Actor prize for Johnrey Rivas.

Here is the full list of the FAMAS Awards 2022 winners: