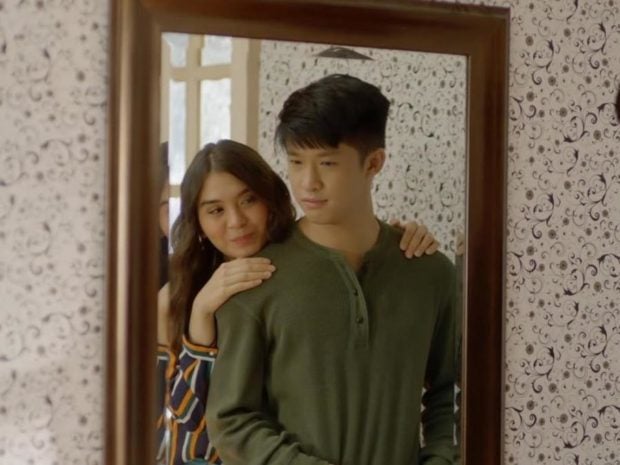 There is always something laudable to be said about our actors in the local entertainment industry because they are one of the most hard-working people in any profession. And many times a lot of people do not realize that. All too often, it is thought that the only qualification for actors to remain in showbiz is good looks. While that may be a primary consideration, it is more admirable when we have young actors like Ashley Ortega and Nikki Co who not only possess good looks but have already learned early on that all too difficult discipline of professionalism. Yes, it is that overriding discipline that will carry actors for the long run. Yet, it is also that all too important ingredient of professionalism that seems lost on some older actors and not surprisingly, of course, on many wannabes; they can’t even grasp what the word “professionalism” means.

In my recent exclusive interview with them, Ashley Ortega and Nikki Co tell us what professionalism is and means to them. We also get bonus of getting to know more of them on the personal side.
And for television viewers, we get to see their professional side when they get to work together on the latest “Regal Studio Presents” (RSP) episode entitled “Blind Date” which aired today, July 31, 2022, at 4:35 p.m. on GMA.

This RSP episode is directed by Joel Ferrer, who is one of the best all-around directors in the entire local entertainment industry. He has that special gift of connecting to the youth and this unique element of his genius can be gleaned from his previous movies and episodes from various television shows. If you want a director who has a pulse on what the young want to see in a movie and can translate that seamlessly from a directorial standpoint, Ferrer is your director. I could not be happier that he is the director for this episode with a cast led by pretty and bubbly, proven and veteran GMA Network actress Ortega. She is joined by one of the most overall decent, professional, capable and fast-rising actor in Co.

Below is my exclusive interview with the two stars:

We all collect stuff or toys as a hobby or passion. What do you collect?

Ashley Ortega: I collect Barbie dolls. I started collecting them when I was a kid. When I was six or seven years old. There they are… want to see? They’re on shelves above my bed. Those are my Limited Edition Barbie dolls. I got my first Barbie doll from my Dad when I was five years old. From then on, I started collecting them. But my mom never allowed us to open the boxes and play with the dolls. They were for display only. Imagine, as kids, we could just look at them. But now, I appreciate that [rule of my mom] because they are preserved and still nice and I can display them properly. Actually, the original price tags are still on the boxes. I started buying them way back then at four thousand pesos then, but now their prices have doubled, tripled already. And you can’t find anymore those Barbie dolls because they are the Limited Edition collections. So it means their value now is even much higher. That’s the advantage of collecting stuff.

Nikki Co: I collect caps but I don’t display them. I have around thirty pieces now. I was not collecting them when I was a kid. I started collecting them when I reached my teens. Eventually, New Era began sponsoring me with my cap collection. On a normal day, I always have a cap on especially when I am lazy to fix my hair. I have been wearing this brand of caps since before. New Era saw that. I also subtly reached out to them in a way on social media. Ha ha!

Ashley Ortega: Just as Nikki had said, the first thing I would tell God is, “Thank You.” Of course, I have received so many blessings. I was able to go through trials in life because of His guidance. And because I am a naturally inquisitive person, I would like to ask Him: “Lord, what will be my successes in the future? Will I be rich? Who will be my husband in the future? How many children will I have?” If He does not tell me, I will still ask Him to bless me more. And I will still say, “Thank You.” Actually, every night, I talk to God. That’s how I really pray. I have a normal conversation with Him. If I need help or am going through some trials, I ask for His guidance.

Nikki Co: Firstly, I would ask God, “Am I dead? Ha, ha! Because I can see You now. Am I dead?” But I would tell Him: “Thank you. Thank you for the life you have given me and all I have been through. I have not only survived but I have enjoyed my life. Happy to see You!” That’s all.

Being and actor, you now earn on your own. What is the first or next big purchase you are planning and saving up for?

Ashley Ortega: I can say that the first big purchase I had using my own money was buying my first car. I was fifteen years old. That was a big accomplishment for me. That car is still here with us at home, even if it is already very old. It’s so hard for me to sell that car because of the sentimental value it holds for me. So I just gave that car to my sister. I would say that that car would be one big purchase I had, having invested my blood and sweat to get it. But now, I would say my next plan is to buy a house and lot. Actually, we have newly moved to this house where we are now. But next time, I would prefer to buy the lot only, and then, have our house constructed.

Nikki Co: My first big purchase was a condo. It’s not yet fully paid, but it’s ongoing. Maybe, my next venture, I think, is that I will put the money into a business so that I can have other sources of income.

What was your first impression of each other when you met on the set for this episode?

Ashley Ortega: Nikki? Oh my god! My first impression of him was “He’s a snob!” But as Nikki has said, we’ve known each other for a long time now. But this is the first time we are working together. He’s just chill at work, no fuss. That’s nice of him. He’s game to do anything. I don’t think he’s the judgmental type. And he’s not a snob. He would talk to me. We would talk about our common friends, the people we know. I actually liked working with Nikki. He’s very professional. And I can say he is good at his craft. I can say he takes his job seriously and he loves his work. He’s a good actor. I had not expected that because it was the first time I would be working with him. But [to my surprise] he draws deep as a person. I would love to work with him again. Because if you are working with a good actor, your job is 50% done.

Nikki Co: Well, we had met before, so it was: “How are you?” It was super light. She is not new to me anymore. No wall, as it were. I was very happy to see her again. And finally, we will be able to work together. Because in a previous project, where she would have been, did not come true for her. Ashley was supposed to be included in “Mano Po” (Part 1) [as a kontrabida but she was cast in a different show also at the time].

When people in showbiz hear your name, what would you want them to say about you?

Ashley Ortega: I want to be known as a professional actress. That they want to work with Ashley Ortega. No fuss, no complications. She can do anything. Because that’s what I want to do also as an actress. I love my craft. I want to take it seriously. I want to grow old like the kinds of Gloria Romero, for instance, who are great at their craft and are respected still. And it’s important to me that I am able to inspire others as well.

Nikki Co: I would want it instilled in people’s minds that I am great in what I do. In all the projects I do. That they look forward to my presence in the next projects. I love my craft so I want to give to people a good job. That’s it.