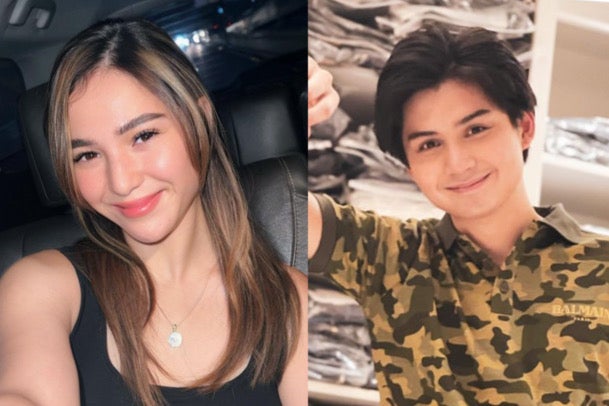 Barbie Imperial disclosed that she has experienced making the first move and courting a guy before, and it was with her first boyfriend and fellow actor Ryle Santiago.

The actress spoke about this while answering questions posted by fans on social media, as seen in a vlog on her YouTube channel yesterday, July 27. One of the questions read, “Dumating [ka] na ba sa time na ikaw ang nanligaw sa lalaki?” (Was there ever a time when you courted a guy?)

“Oo naman, sa first boyfriend ko, kay Ryle,” she said, while a photo of Santiago flashed on the video. (Yes, of course [and] it was with my first boyfriend, Ryle.)

It can be recalled that Imperial and Santiago worked together on “It’s Showtime” as part of GirlTrends and Hashtags, the show’s girl and boy groups.

(I was the one who liked him first but there were also other GirlTrends members who liked him at the time. I somehow had rivals then but I won.)

(Well, I do not like the thought [of me courting him] because the guy should be the one who does the courting, but looking back at that experience, I just find it funny now.)

Aside from Santiago, Imperial also talked about his recent ex-boyfriend, actor Diego Loyzaga, when the actress answered who from her past relationships hurt her the most.

(Honestly, I think the [relationship] where I got hurt the most is really with Diego. He was the boyfriend who knew everything about me. We had conversations about getting married, where we are going to live, our plans in life — I only experienced that with Diego.)

(Maybe that is the reason why it hurt me so much, because I already planned my life with him then it suddenly disappeared. But that is how it is and there are lessons learned.)

Imperial and Santiago reportedly dated back in 2017, with the latter disclosing that they ended their relationship “properly,” as per an interview with Philippine Entertainment Portal in 2019. Meanwhile, the actress’ split with Loyzaga was confirmed to the public in February. JB