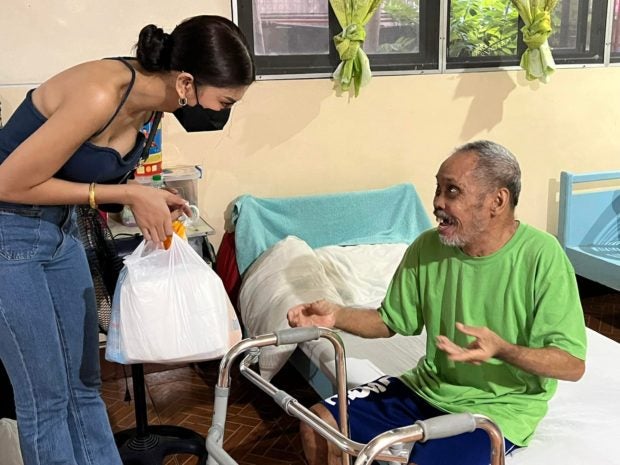 Herlene Budol has helped a family find a man who had been missing from his home and was believed to be dead when she held a charity event where she interacted with the said man.

The TV host and Binibining Pilipinas contestant met the old man, Danny Marquez, when she visited Missionaries of the Poor in Manila earlier this week. Upon making a Facebook post about the charity event, one Real Aneth Florendo Tianela expressed happiness over finding her missing family member, as seen on Budol’s Facebook page yesterday, July 20.

“Thank you so much po sa’yo madam na nakita namin s’ya na buhay pa, ang buong akala po namin matagal na s’yang patay,” Tianela told Budol. (Thank you so much madam for we saw that he is still alive, all this time we thought he was dead.)

(I got goosebumps. Who would have thought that with my simple act of charity, I get to reconnect and reunite a family. I want to witness this and meet the person who commented, along with Danny, at Missionaries of the Poor.)

Budol then expressed gratefulness to God for making her an “instrument” as she vowed to continue helping those in need.

Prior to being in Missionaries of the Poor, Marquez lived in Bicol with Tianela’s family for over 35 years until he fell sick and ran away from home. This is based on Tianela’s comments on Budol’s Facebook post about her charity event last Tuesday, July 19. According to Tianela, they went looking for Marquez even before the COVID-19 pandemic broke out, but they received news that he supposedly died when public transport was halted due to quarantine restrictions. 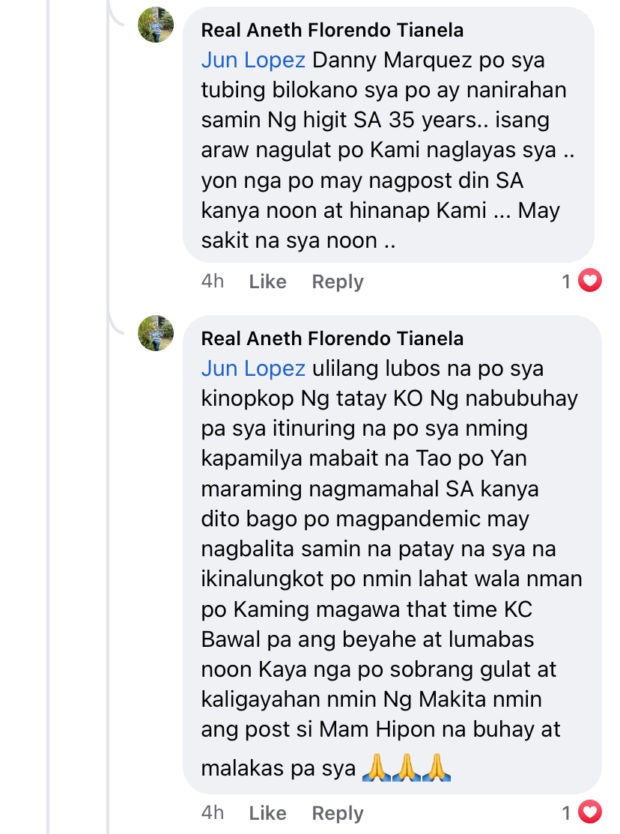 It appears a member of Budol’s charity team has already reached out to Tianela. Whether a reunion for the family has already been arranged was not disclosed as of this writing. 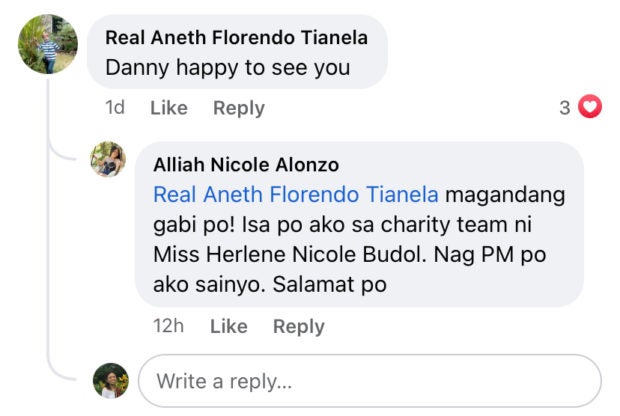 The beauty pageant’s grand coronation night will be held on July 31 at the Smart Araneta Coliseum. Miss Universe 2018 Catriona Gray and Binibining Pilipinas Grand International 2016 Nicole Cordoves will be the hosts of the event.  /ra