Heart Evangelista on being told she’s ‘all about boobs’: ‘Should I remove mine?’ | Inquirer Entertainment

Heart Evangelista on being told she’s ‘all about boobs’: ‘Should I remove mine?’ 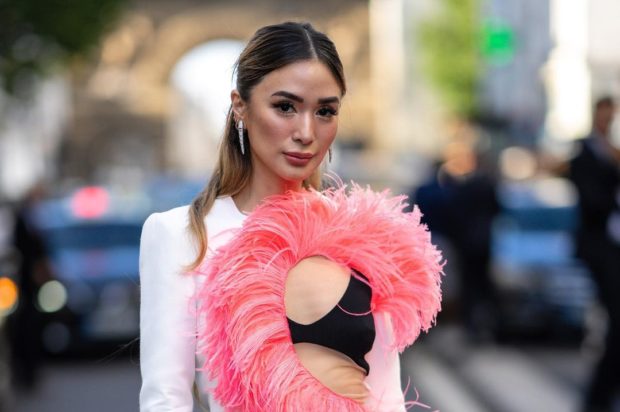 Heart Evangelista proved she is not one to back down from criticism as she fired back at a basher who seemed to disapprove of the way she dressed and said she was “all about the boobs.”

The actress did not hold back when one @RP54597602 made this remark on Twitter yesterday, July 19. The netizen was reacting to a Twitter post that showed Evangelista wearing a black bra top while working on her collaborative project with Incubus’ Brandon Boyd.

“It’s all about the boobs for Heart nowadays,” the netizen said.

“Men and women have boobs. Should I remove mine? You tell me, since you are very logical,” Evangelista replied.

Men and women have boobs . Should I remove mine ? You tell me :) since you are very logical .:) labo mo tol. https://t.co/P4mIjEpEUN

Evangelista had earlier slammed a netizen who called her a “gold digger” and another who seemingly scolded her for spending on luxury items.

She also previously clapped back at those who asked her why she’s childless and pressured her into getting pregnant. She repeatedly stressed that she considered her life “good,” and it would just be a “bonus” if she did have a baby.

Meanwhile, she recently went to Paris for Fashion Week, during which she met “Emily in Paris” stars Camille Razat and Ashley Park, as well as South Korean actress Song Hye-kyo.  /ra