Heart Evangelista claps back anew at those asking why she's childless: 'Not your uterus' | Inquirer Entertainment
Close
menu
search 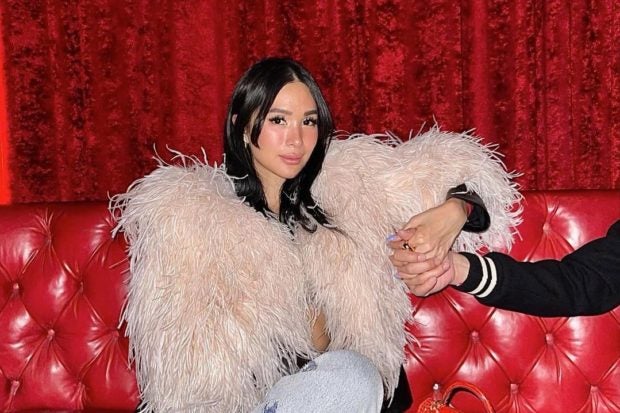 Heart Evangelista has fired back again at those who are asking her why she does not have children, stressing that one does not need to be a parent to be happy.

The actress expressed how much she has had it with those pressuring her about her family life on her TikTok page yesterday, Jan. 13. She was responding to one @judy_arbondad’s question about why she is childless.

“Ayoko eh (I don’t want to). Didn’t anyone teach you manners? I mean you know what, if I’m not sad about it, why are you even?” she answered.

Evangelista advised the public to “chill,” stressing that being a mother is not the only source of happiness.

“Kulit (Persistent) ha. Chill. Not your uterus,” she added. “Being a mom shouldn’t be the only source of happiness. My goodness. What are you going to do when your kids have their own life?”

This is not the first time Evangelista has responded to those who criticized her for being childless. Back in September last year, she expressed how furious she was at people who have been bringing up the matter to her. She said that while she considers her life “good,” it would just be a bonus if she does get pregnant.

Evangelista tied the knot with her husband, Sorsogon governor Francis “Chiz” Escudero, back in February 2015. The actress was pregnant with twins in 2018, but suffered a miscarriage and lost both babies. She has since told fans that pregnancy has been a sensitive topic for her.

The couple revealed in August 2021 that they still plan to have children in the future, but decided to set aside their plans to conceive because of Evangelista’s taping duties for the GMA series “I Left My Heart in Sorsogon.”  /ra

Heart Evangelista to those who insist she should get pregnant: ‘It’s my body’

Heart Evangelista on finding ‘the right man’: ‘No formula, you just know’