Heart Evangelista will forgive Chiz Escudero if he cheats: 'Because I love him' | Inquirer Entertainment
Close
menu
search

Heart Evangelista will forgive Chiz Escudero if he cheats: ‘Because I love him’ 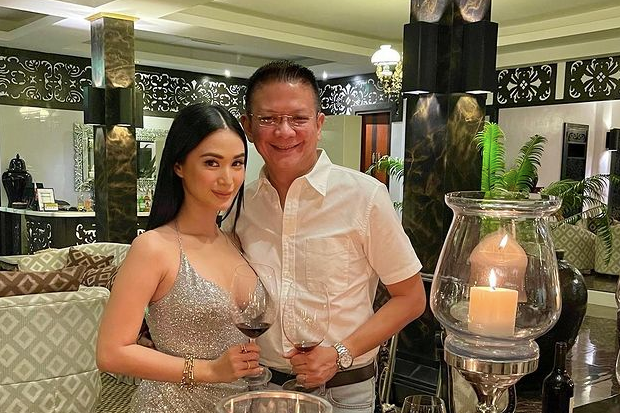 Heart Evangelista declared she would be willing to forgive her husband, former senator Francis “Chiz” Escudero, if she ever learns he was cheating on her.

While some consider cheating to be a relationship dealbreaker, that is not the case for the actress, she said in an interview with broadcaster Karen Davila in the latter’s YouTube vlog last Saturday, Aug. 28. The couple was asked by Davila about one thing that could possibly break them up.

“I don’t think it’s a dealbreaker for me,” she told Davila. “He had struggles in his past relationships [and] he got married. And I’ve never gotten married so I don’t really know how that feels.”

Davila then asked Evangelista if she would give Escudero a second chance if she finds out her husband cheated on her.

“Yes, because I love him. I don’t love him as a lover, I love him also as a friend,” she said. “Ibig kong sabihin, ‘So, you guys gonna have your happy ending? No, I’m gonna stay with you ’til the end.'”

The Sorsogon governor was also asked if he still gets jealous of any of his wife’s exes.

“I don’t think so,” he responded, but the actress said this statement may not be true. Citing Escudero’s YouTube account, she found out that her husband has been watching videos about her ex-boyfriends.

“The motivation is not jealousy, it’s curiosity,” the senator, in defense of himself, told Evangelista.

Evangelista and Escudero also revealed they still plan to have children in the future. They added that they were trying before the actress started taping for the upcoming GMA series “I Left My Heart in Sorsogon.”

According to Evangelista, the series was a “good opportunity for Sorsogon” so they had to set aside plans to get pregnant.

Evangelista was previously pregnant with twins in 2018, but she suffered a miscarriage and lost both babies. The couple got married in a private ceremony at Balesin Island Club in February 2015. JB