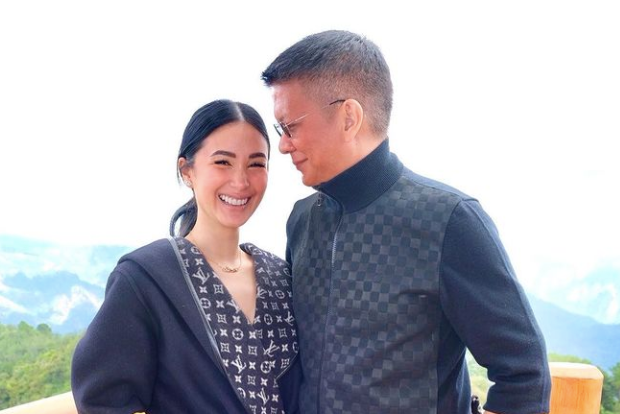 Heart Evangelista could not help but feel giddy as she recounted a 2009 trip when she saw her now-husband Chiz Escudero at an airport.

The actress showed an old photo of herself on a trip as she told fans that she waited for a flight in the same airport as Escudero, through her Instagram Story yesterday, July 11.

“I remember this trip so well, I think I was 24. I saw Chiz at the airport smoking section,” Evangelista narrated. “I didn’t care if it was stuffy. I totally waited there for my flight.” 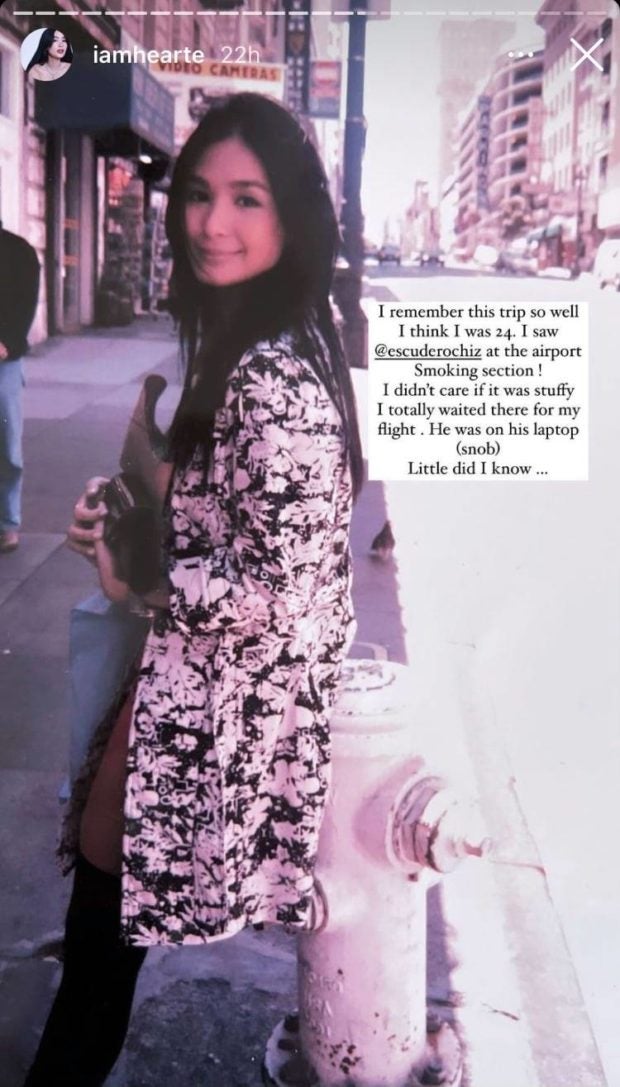 Evangelista admitted that she thought Escudero had not seen her at the smoking area, but he actually saw her on that day. She showed one of Escudero’s old tweets where he revealed he noticed the actress at the airport.

“Already at the airport and guess what… Heart Evangelista is here!” Escudero wrote at the time. Evangelista noted that she did not find out about this until after she and Escudero got married.

“I didn’t even know! Someone sent this to me when we were [already married],” she said. 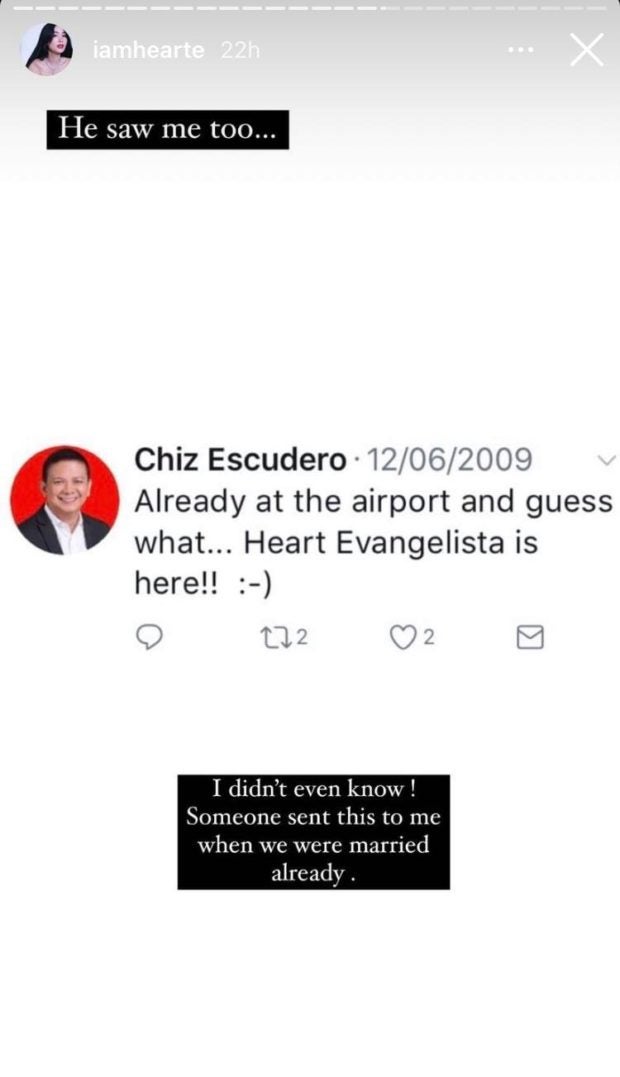 Evangelista admitted that she still feels “kilig” while looking back at the trip, and quipped that the feeling goes away once she starts shopping. 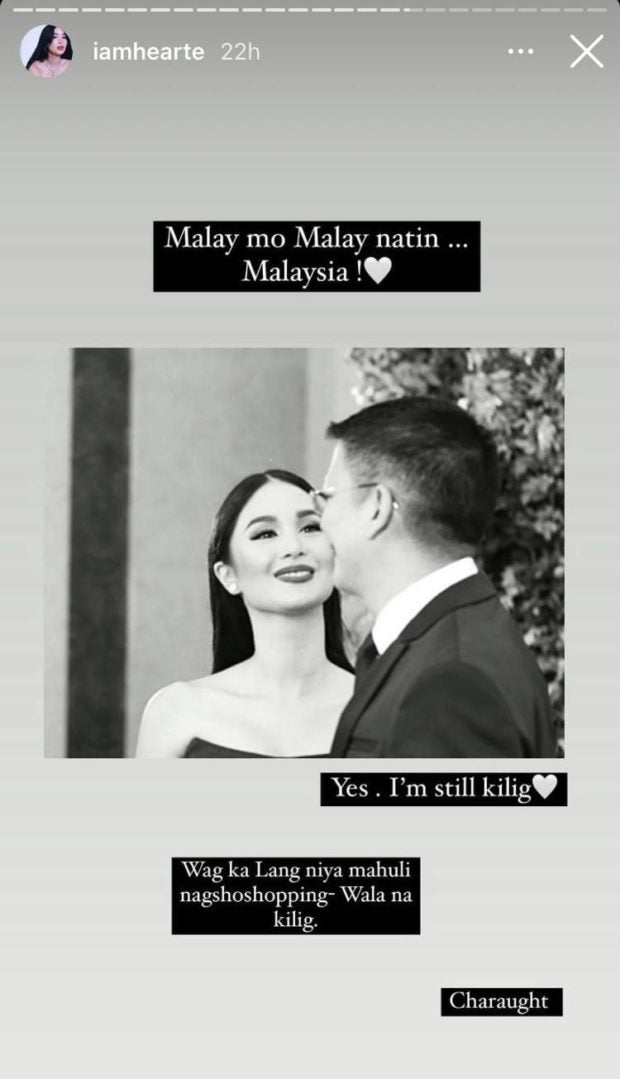 Evangelista and Escudero got married in a private ceremony at Balesin Island Club in February 2015, despite a very public spat with the actress’ parents. They reconciled months after the union.

The marriage has since been publicly supported by Evangelista’s mother Cecilia Ongpauco, who said Escudero allows her daughter to “grow and mature on her own.” JB