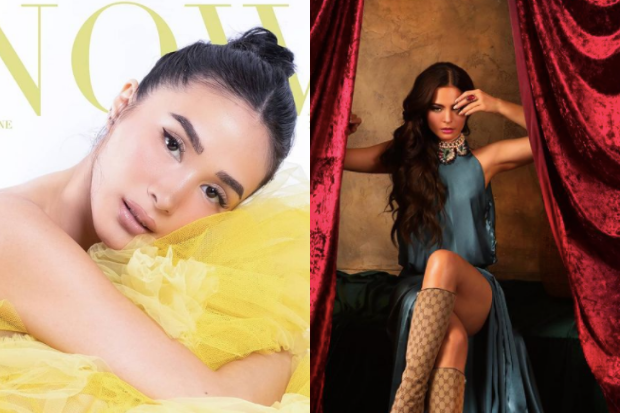 Heart Evangelista and Lovi Poe looked sophisticated and alluring on the covers of the July issue of a Los Angeles-based magazine.

Now Magazine, a fashion publication in Los Angeles in the US, gave both actresses their solo covers for its July 2021 issue.

“It was such a pleasure working with you guys @nowmagazinela! Looking forward to the exciting things that are coming,” Evangelista said as she showed a photo of her cover on her Instagram page today, July 8. In the close-up photo, she dons a yellow ruffled dress with her hair tied up in a bun.

For her cover, Poe dons a long, blue silk dress with boots while reaching her hands up in what the actress called the “Lovi pose.”

“Now put your hands up and do the #LoviPose. On the July cover of @nowmagazinela,” Poe said on her Instagram page on Monday, July 5. The photos were taken by celebrity photographer and Now Magazine‘s editor-at-large Filbert Kung.

The magazine also described Poe as an “international sensation, actress and singer living her life to the fullest,” as seen on its Instagram page on July 2.