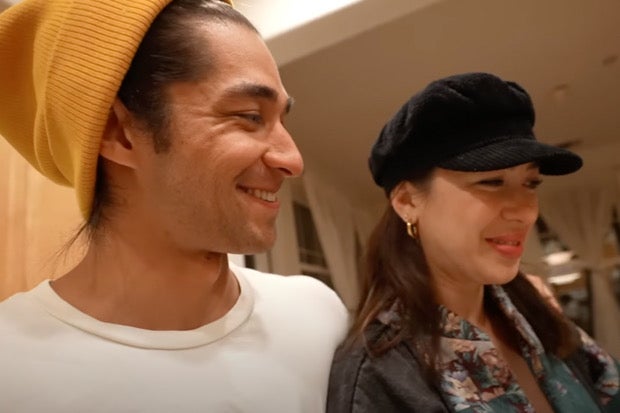 Wil Dasovich and his rumored girlfriend Carla Humphries appear to be developing a deeper relationship as the Filipino-American vlogger already introduced the latter to his parents.

Dasovich treated fans to moments of his parents and Humphries’ meeting in the United States, through a vlog on his YouTube channel yesterday, July 16. Dasovich first took the actress-model with him to visit his sister Haley, who “approved” of and described Humphries as “amazing.”

While driving to his parents’ place, Dasovich stated that his parents have no idea that Humphries will be their visitor. He then explained to Humphries how his mom becomes “weird” when he brings girls in their house but added that she eventually gets over it.

“If you’re a really good friend, you’re welcome at our household anytime,” he told Humphries. “You just have to deal with the awkwardness at the beginning and then it will go away after.”

Humphries then spoke about the pleasant impression she has of Dasovich’s family after seeing them through his social media posts, adding that she already loves them even before meeting them.

Dasovich and Humphries eventually arrived at his parents’ home where she was welcomed by his mother with a hug. The four of them then bonded and had a conversation over beers and burritos.

Dasovich and Humphries first sparked dating speculations last April after the former showed himself spending time with the latter at the Urban Light installation art in Los Angeles.

Meanwhile, Dasovich’s ex-girlfriend, cosplay star Alodia Gosiengfiao, confirmed her split with Dasovich in November last year, although the reason for the breakup was not disclosed. Gosiengfiao is now speculated to be in a relationship with entrepreneur Christopher Quimbo, who the cosplayer has gone on several trips with. JB