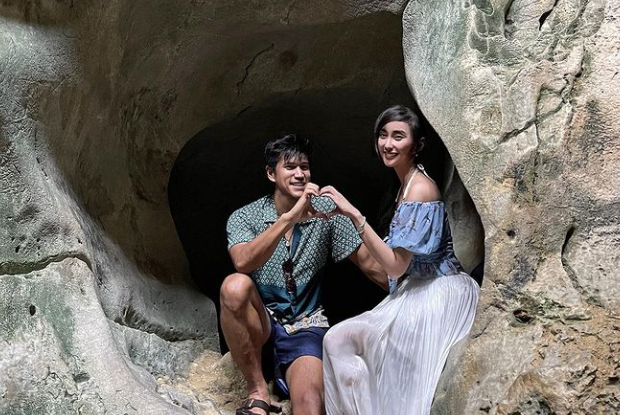 Did Alodia Gosiengfiao just introduce her new special someone? Fans are speculating this after she showed herself on a vacation in Palawan with a mystery man.

The vlogger and cosplay star was spotted with a man in El Nido, Palawan, where they posed by some rocks and made a heart shape with their hands, as seen on her Instagram page today, April 23.

Gosiengfiao did not give further details about her companion, only captioning her post with an infinity emoji. However, she tagged his account and identified him as entrepreneur Christopher Quimbo.

Gosiengfiao confirmed in November last year that she and her fellow vlogger Wil Dasovich had broken up. She also noted that they “tried to work things out many times.”

The two hit headlines last January after Gosiengfiao gave the remark “Ako nga pala sinayang mo (I’m the one you wasted, by the way),” to which Dasovich responded. Gosiengfiao eventually clarified that she was just joking and that the quote was “based on a meme.”

The cosplay star then received flowers from a supposed secret admirer last February and appeared to have responded to a Valentine’s date offer from the sender as she jokingly asked for an online calendar invite.  /ra