Jake Cuenca confirms breakup with Kylie Verzosa: ‘I’m still so proud of us’ 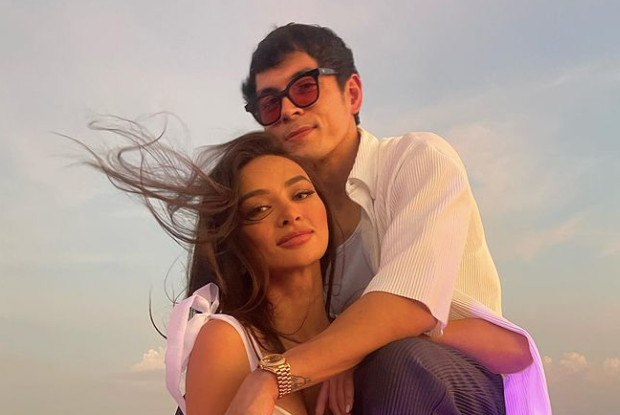 Jake Cuenca has confirmed that he and beauty queen-actress Kylie Verzosa have called it quits after being in a relationship for three years.

The actor revealed this while showing a miniature figure of himself and Verzosa on his Instagram page today, April 23.

“This was us. I’ll hold on to all our precious memories together with so much value. This past [three] years of my life have certainly been the best,” he said. “I say this with such a heavy heart but me and Kylie have decided to go our separate ways.”

Cuenca did not state the reason behind the breakup but stressed that he and Verzosa did not “break up in anger,” noting that he is still proud of the relationship that they had.

“I’m still so proud of us because we didn’t want to break up in anger. We both wanted to be able to look back on our relationship with no bitterness, no anger and no regrets, only the good memories,” he added. “Certainly that’s what I will be holding on to.”

Cuenca then addressed Verzosa, telling her that he will always be there for her and praying for her success.

“I’m happy we were able to finish this chapter of our lives the same way we started it. As friends. Wherever you are or whatever [you’re] doing, I will always be sending you love and positivity. Know that you will always have a person in me who will always be proud of you,” he said to her. “I’ll see you around Kylie.”

Speculations about Cuenca and Verzosa’s split arose after the beauty queen tweeted the word “Broken” last Sunday, April 17. Verzosa then broke into tears after being asked about facing a hard situation in a relationship when she appeared as a judge on “It’s Showtime” earlier this week.

Cuenca and Verzosa confirmed they were in a relationship in 2019. At the time, the actor confessed that he had long been attracted to Verzosa since they first met on the set of the 2017 film “Ang Panday.”  /ra