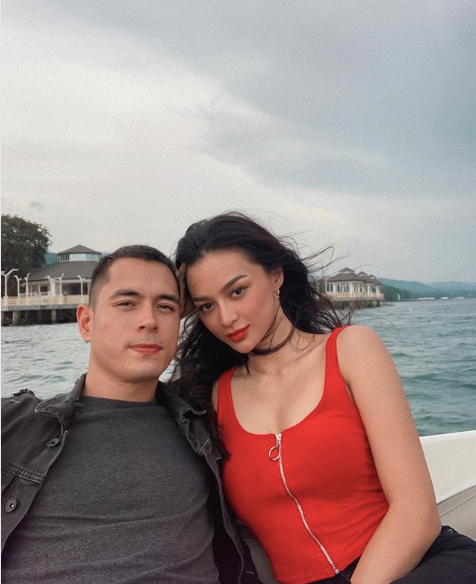 Kylie Verzosa and Jake Cuenca have finally confirmed their relationship, three months after Cuenca confessed his love for the beauty queen last June.

The couple was on talk show “Tonight with Boy Abunda” in an episode aired on Monday, Sept. 16, when the topic of their relationship was broached.

When host Boy Abunda asked if they were “officially together,” Verzosa exclaimed, “Oh my God. That’s so weird.”

Cuenca replied coolly while holding the actress’ hand, “Yeah we are.”

They have also been attending public events together, including the ABS-CBN Ball held on Saturday, Sept. 14.

Cuenca admitted he had long been smitten with his girlfriend—since they first met on the set of the 2017 film “Ang Panday.” At the time, he spotted her passing by while doing a fight scene with actor Coco Martin. He could not muster up the courage to ask her for her number, so he messaged her on Instagram—which she ignored.

He kept the hope that they would one day meet again. “I just knew in my heart na magkakatrabaho kami (that we will work together),” he said in the interview.

True enough, they both starred in “Los Bastardos,” which premiered in October 2018. According to Cuenca, they started out as friends before becoming romantically involved.

As for what is next for the two, Cuenca said Verzosa is his first partner whom he can see a future with—in particular marriage. “I can definitely see it on the horizon.”

Verzosa said of their relationship: “We’re two mature adults, we have our own careers, we’ve built our own careers by ourselves…we’re two adults living our own lives but we complete each other.”  Niña V. Guno /ra

Kylie Verzosa: It’s Dianne Medina, not Maxine, who hurt me