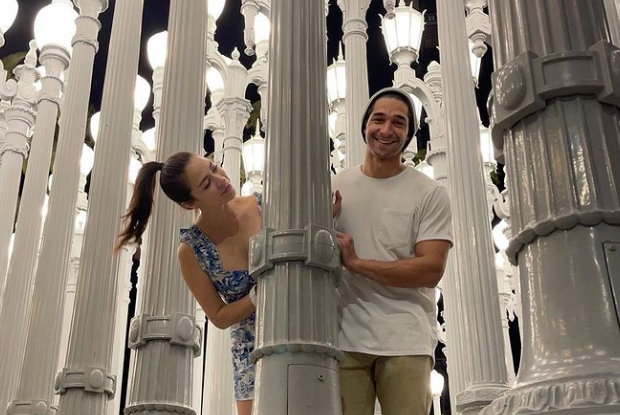 Wil Dasovich has sent fans abuzz after he showed himself with actress-model Carla Humphries at the Urban Light installation art in Los Angeles.

The Filipino-American vlogger spent time with Humphries at the tourist attraction located at Los Angeles County Museum of Art, as shown on his Instagram page today, Apri 26. They can both be seen peeking from a light post, with Humphries looking at Dasovich.

“Backyard tourists,” he said while not giving further details about the trip.

Dasovich also showed a candid moment of Humphries at the art installation while they took note of the crowds of people nearby.

“Do you need to come here at 5 a.m.? How do you get a photo without people here? What’s the hack?” Dasovich asked.

This comes days after Dasovich’s ex-girlfriend cosplay star Alodia Gosiengfiao showed herself on a Palawan trip and playing the piano with entrepreneur Christopher Quimbo, leading fans to speculate that she is now in a new relationship. 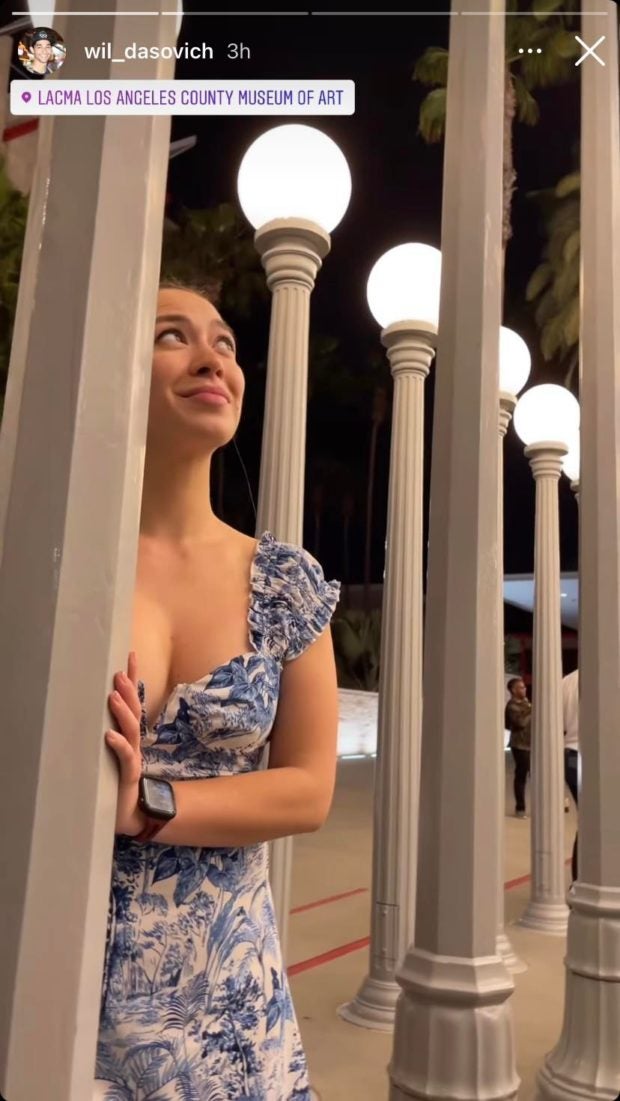 Actress-vlogger Bianca King got curious about Dasovich and Humphries spending time together, along with other netizens who alluded to Gosiengfiao’s rumored new boyfriend.

“Is there something here?” King asked, along with heart emoji.

“Makaka-move on din kami sa mga gantihan n’yo,” one @iamcristinep, meanwhile, said. (We will be able to move on eventually from your taking revenge on each other.)

Gosiengfiao confirmed her split with Dasovich in November last year, noting that they “tried to work things out many times.” She did not disclose the reason for the breakup.

Last February, the cosplay star received flowers from a supposed secret admirer who also appeared to have invited her to a Valentine’s date.

It will be remembered too that when Dasovich was battling cancer 2017, Humphries dedicated a cover of Carole King’s song “You’ve Got a Friend” to the vlogger and called him “my good friend.”  /ra

Read Next
Crawley family returns in new ‘Downton Abbey’ film
EDITORS' PICK
House energy committee chair Arroyo bats for cheap electricity
Karding damage to infrastructure at P23M
Bongbong Marcos says PH ‘open for business’ with new Clark Airport terminal
Individuals affected by ‘Karding’ now over 157,000
Reignite your passion with the vivo Y35
Newbie gamers are in for a treat with the power-packed feature of vivo Y16
MOST READ
Angelica Panganiban ‘duguan, sugatang mom’ one week into breastfeeding
LPA enters PAR, may develop into tropical depression
Badoy not with Office of the President, NTF-Elcac, under Marcos admin — solon
Charges readied vs gov’t guard with P290-M deposits
Don't miss out on the latest news and information.