Let’s get real with Rob Gomez and Klea Pineda 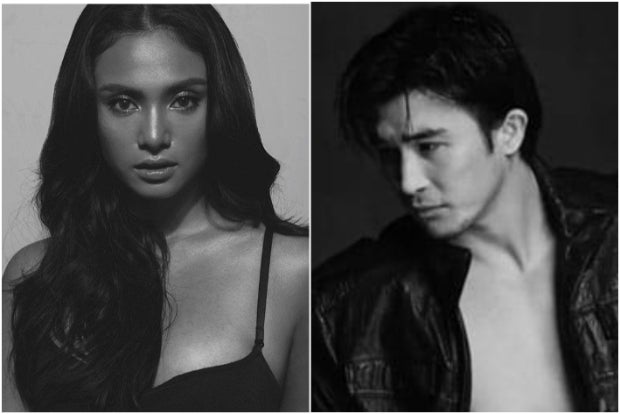 Certainly, there are actors that the public can’t get enough of. They are actors that are in demand and have built a reputation for themselves as being reliable, capable, and most of all, very popular with viewers at home. This is where young, tested and proven actors such as “Regal Baby” Rob Gomez and GMA Network actress Klea Pineda come in.

Gomez and Pineda represent some of the best qualities you would want in an actor in terms of not only overall appearance but charisma as well, and they both bring forward a striking level of presence each time they are on screen. I am glad to finally see both of them get to work together.

It would seem it was quite inevitable that eventually, they would be in lead starring roles together. Is this going to be a preview of things to come for both of them? We all have to wait and see. For me, the outcome of their episode together and how it will relate and connect with viewers at home will be one of the determining factors if we will see more of the pairing of Gomez and Pineda in the future.

In the meantime, all of us can watch them in the brand new episode of “Regal Studio Presents” entitled “Wash, Dry, Fold” which will be shown today, Sunday, at 4:35 p.m. at GMA Network.

I found this to be the perfect opportunity to get to know them a little more for the benefit of their respective fans and followers and ask them questions and get answers that are for real, and not reel. Indeed, their answers will be a revelation to many because a few of my questions allow us to get to know the real them behind the scenes.

Below is my exclusive interview with Rob Gomez and Klea Pineda.

Who are you more afraid of during tapings, the director or your co-star/s? What makes you afraid and nervous about them?

Rob Gomez: I would say my co-actor. It is because often, we don’t have much time to meet [and get to know each other] before actually working together. I wonder, how do I talk to her? How do I touch or hold her? You really don’t know… because she is the one I will be working with. On the other hand, the director is your friend. He is on your side when, as an actor, you need to talk to the director. But with your co-actor, what if you have some disagreement? How will you respond to that, or answer her? So there, I would be more nervous about my co-star.

Klea Pineda: For me, I would say, it’s the director, especially if it will be the first time I will be working with that director. Before the taping starts, I make it a point to ask who the director will be, and who the staff members will be. Sometimes, I feel I might have asked the wrong people when I am told that a particular director is strict. Because what happens is that I am overcome with nervousness and fear gets the better of me, and I tend to overthink that if I make a mistake, the director will scold me. So I am very conscious about that stuff, especially regarding the director with whom I will be working. But when I begin to work with a director and I get a hold of his method, then I get his flow, and what he wants to be done, everything is okay. So there, it’s the director I am more afraid of.

What do you look most forward to during tapings aside from getting the job done? Break time? To nap or sleep? Having fun and joking around with the others present?

Rob Gomez: Other than getting the job done, I would seek also the bonding and meet new people. Sharing with them and having the same goal in that all eyes are on the finish line. So you have that sharing of knowledge, sharing of ideas. You have the joking and goofing around which makes the work a lot lighter. So you forget it’s work, as you get lost and immersed in your role. But you remind yourself, Ya, this is work. And the good thing is I am going to be paid for it. I will be earning and working. Right? It’s the most fun, rather than anything else.

Klea Pineda: The bonding with my co-actors and the staff on the set, is what I look most forward to during tapings. Of course, that’s our break time. Lunch. Dinner. When we have a one-hour break, which includes our bonding with co-stars and the staff, I get to know them more, especially those with whom I am working for the first time. That they may be my friends, not just during the taping, but that I may form real friendships with them even after tapings, [that they] not just be work friends.

When you don’t particularly like some co-stars, do you enjoy and relish watching them forget their lines or make mistakes?

Rob Gomez: No! No! Because I will be the one who will have a hard time. Perhaps, when you are joking around about it, it’s funny and you can laugh about it. But in the deep end of your mind, you want your co-star to have a five-star performance. I don’t have that much experience in this industry, but in my little experience, I believe that the end point is that the contribution of perfection is everyone’s work. Of course, since I am a part of that body of work, I wish my co-stars the best. All the time, all the time. We are talking professionalism, right? Based on the finished product. Of course, you are working together, and if my co-stars forget their lines, and they’re throwing them with you, you are the one who’s going to get tired. So you help them.

Klea Pineda: Of course not. Never! Never did I enjoy it when my co-actors make mistakes. Let’s think of it this way, let’s reverse the situation. What if I made a mistake, and my co-stars laughed at me while there I am, being serious and getting so stressed, that I forgot my lines and didn’t know what to do, that would be so hurtful to me. Of course, you always want to be professional. I agree with everything that Rob has said that you would not want your co-actor to have a hard time, but instead, you would like to help him in every way you can. Because in each scene, you must help out each other. It’s always give-and-take. And that would be so terrible to think if you enjoy the mistakes of your co-actors.

Pretend we belong to the animal kingdom. What animal will you be? Why is that your choice?

Rob Gomez: A lion. To fight the cheetah. Lions have the instinct to protect and take care of their own. I see myself that way, a little bit.

Klea Pineda: Cheetah. It represents speed. Ya, speed in all things. Adrenalin rush.

Now, Rob, what animal do you think Klea might be, if you were to decide that for her?

Rob Gomez: I think the cheetah really fits Klea. Because of what I know of her, she likes racing. And she rides motorbikes, did you know that? Or she is some kind of eagle. Flying! Fly high.

Now, Klea, what animal do you think Rob might be, if you were to decide that for him?

Klea Pineda: The image of a lion in Rob can’t be erased anymore from my mind. I see him as a lion. On that day I worked with Rob, I felt he was very territorial and very protective. That is the first impression I had of Rob.

If there is one song that perfectly encapsulates your journey thus far, what song would that be? Why is that your choice?

Rob Gomez: “The Show Goes On” by Lupe Fiasco. I was sixteen when I heard this song. And I have recently been listening to it a lot now while I work out.

Klea Pineda: “Don’t Stop Me Now” by Queen. No one can stop me now from what I want to do in life. For my own good. For my own happiness. For self love. That is the perfect song, as of the moment.