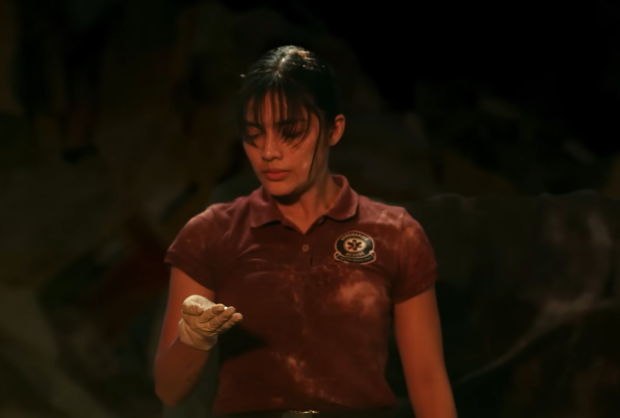 “Mars Ravelo’s Darna: The TV Series” has released its action-packed official trailer, giving viewers a better glimpse of Jane de Leon’s version of the iconic superhero and Iza Calzado as the “first Darna.”

The trailer shows the superhero journey of Narda (De Leon) and her reluctance to fulfill her destiny of becoming Darna, as seen on ABS-CBN Entertainment’s YouTube channel yesterday, July 7.

In this version of Darna, Narda does not chance upon the magical stone that gives her superpowers, but inherits it from her mother, the first Darna who is portrayed by Calzado.

Narda grew up trying to avoid her fate until she sees her mother get killed by villains. As powerful creatures wreak havoc on Earth, the stone finds its way back to Narda, who finally decides to tap into her powers and transform into the superhero.

De Leon is yet to be seen in her full Darna costume as she remained hidden behind a bright light during her transformation.

Though De Leon is yet to be seen in the full Darna costume, fans caught a first look at her wearing Darna’s popular red head gear in behind-the-scenes footage.

“Mars Ravelo’s Darna: The TV Series” started taping in November 2021 and will premiere in August. It is directed by Chito Roño and Avel Sunpongco.  /ra