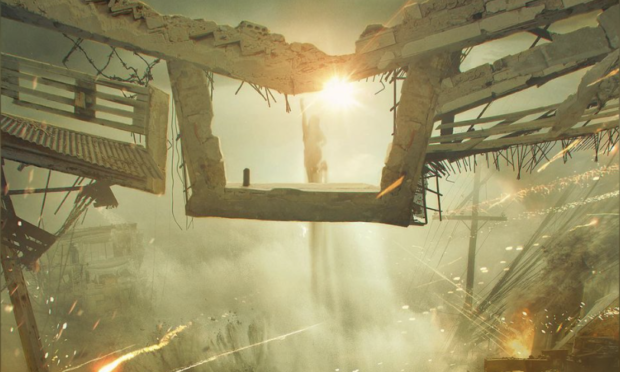 “Mars Ravelo’s Darna: The TV Series” fans were delighted with a teaser poster which gave a sneak peek of Jane de Leon flying as the iconic Filipino superhero, Darna.

The poster showed a silhouette of De Leon’s character flying towards the sky in the middle of a chaotic situation, via JRB Creative Production’s Instagram page yesterday, July 6.

“Masisilayan mo na siya! (You will finally see her!)” it said, adding “07.07.22” which apparently refers to the release date of the TV series’ full trailer.

Aside from collapsing structures, fires and explosions, a snake creeping towards De Leon’s direction was featured in the poster. The said snake appears to be a representation of Darna’s snake-haired nemesis Valentina, to be portrayed by actress Janella Salvador.

A teaser video of the series was released last May, showing De Leon’s Narda catching the magical stone from her brother and sidekick Ding (Zaijian Jaranilla). While De Leon is yet to be seen in full Darna costume, fans caught a first look at the actress wearing Darna’s popular red head gear in behind-the-scenes footage.

Other celebrities in the cast include Iza Calzado and Joshua Garcia.  The premiere of “Mars Ravelo’s Darna: The TV Series,” directed by Chito Roño and Avel Sunpongco, is yet to be announced, as of writing. JB