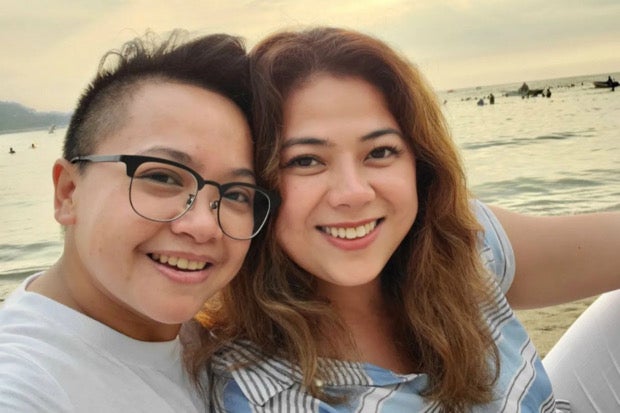 The singer spoke about how he and Diño are taking in the changes that took place without prior notice, as per his Facebook page yesterday, July 6.

“No matter how much you plan or prepare for the future, may mga pwedeng mangyari (there are things that could happen) that will totally change the course of your life,” he said. “We’re still processing things because we just found out through social media about Liza being replaced as FDCP Chair. Though her term is still good for another 3 years, we respect the decision of the President.”

Seguerra then expressed his admiration to Diño as he looked back on her accomplishments during her stint as the national film agency’s head. Seguerra pointed out how Diño upheld the rights of audiovisual workers, which, according to him, is her “most important legacy.”

“As someone who has been in the sidelines as my wife’s cheerleader, shock absorber, assistant, and over-all supporter, I have witnessed many ups and downs during her term as Chairperson,” he stated. “Maraming skeptical sa simula pero kahit ganon (A lot of people were skeptical at first but despite that), my wife used it to fan her passion to serve.”

“Though Liza’s term has come to an end, I have full trust in the capacity of the FDCP staff to continue all the programs that my wife has envisioned for all of us,” he added.

Seguerra also congratulated Cruz for his new post, adding that the people he will be working with will help him “achieve his goals and dreams for the film industry.” Seguerra then addressed Diño and described her as someone “irreplaceable.”

“My Love, you have set the bar for what a government servant should be. Though it has caused us a lot of fights, pain, and tremendous sacrifices, seeing all the love and respect they have for you is all worth it,” Seguerra told Diño. “Thank you for being so selfless, to a fault. For giving your heart, soul, and life for the past 6 years.”

Diño earlier welcomed Cruz as the new FDCP chair, disclosing that she received no “official communication” from the Office of the President about said appointment. Diño, who was supposed to serve the post until 2025 after former President Rodrigo Duterte’s reappointment of her, has been the FDCP’s head since 2016. JB

Ice Seguerra fulfills dream to be director with short documentary