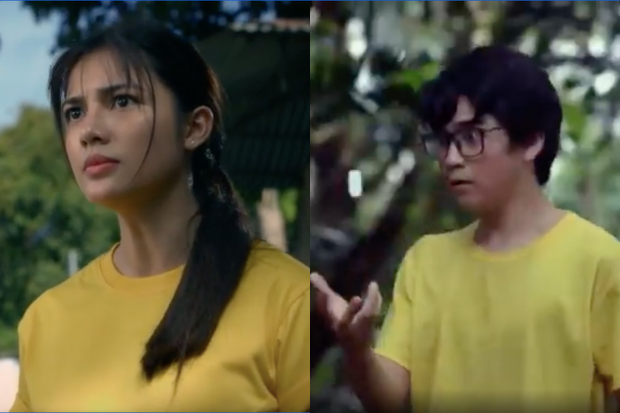 Jane de Leon is almost ready to fly as Darna as she received the magical stone and teased her transformation into the iconic Filipino superhero.

The actress showed the teaser for the upcoming “Mars Ravelo’s Darna: The TV Series” on her Instagram page yesterday, May 16.

The teaser features the first Darna (Iza Calzado) warning her daughter Narda (de Leon) about an evil entity and training her to become the superhero. It also offers a glimpse of Narda’s love interest Brian (Joshua Garcia), as well as Regina (Janella Salvador) who eventually becomes Darna’s nemesis Valentina.

It then shows Narda catching her mother’s magical stone and transforming into Darna, with help from her brother and sidekick Ding (Zaijian Jaranilla).

De Leon can be heard shouting “Ding, ang bato!” and “Darna!”, the famous lines of her character.

A post shared by J A N E (@imjanedeleon)

De Leon is yet to be seen in the full Darna costume as of writing, though fans caught a glimpse of her in the superhero’s head gear and boots in recent behind-the-scenes moments.

“Mars Ravelo’s Darna: The TV Series” started taping in November 2021. It is set to premiere “very soon,” based on the teaser.