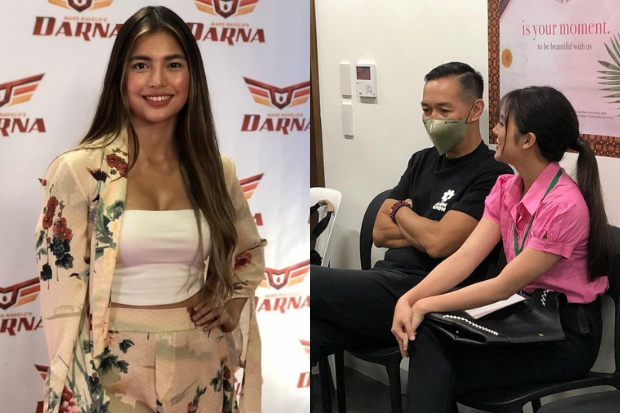 Moments from the first taping day for the upcoming series were shown by JRB Creative Production on its Twitter and Instagram pages today, Nov. 15.

De Leon can be seen talking to the show’s staff and co-director Avel Sunpongco in what appears to be a sound stage for ABS-CBN. Meanwhile, director Chito Roño was shown looking at previews while filming.

De Leon is set to star in the ABS-CBN series adaptation of “Darna” alongside Joshua Garcia, Zaijian Jaranilla and Iza Calzado, among others.

Garcia will play the love interest to de Leon’s character Narda while Jaranilla was cast to play her sidekick and younger brother Ding. Calzado will portray Narda’s mother, the “first Darna.”

The actress who will play Valentina, Darna’s nemesis in the original comic book series, is yet to be named.

De Leon was the third actress tapped to play the Filipino superhero for this version of Darna. Angel Locsin, who played Darna in the GMA series back in 2005, was supposed to reprise the role in 2014 for a film. She exited in 2015 due to health reasons. Locsin was then replaced by Liza Soberano who later backed out due to a finger injury.

Erik Matti was also supposed to direct the Darna film, but he exited the project due to “creative differences.” He was replaced by Jerrold Tarog, who later left because of scheduling conflicts.

Producers of “Mars Ravelo’s Darna: The TV Series” have not yet announced a premiere date for the show, as of this writing. JB