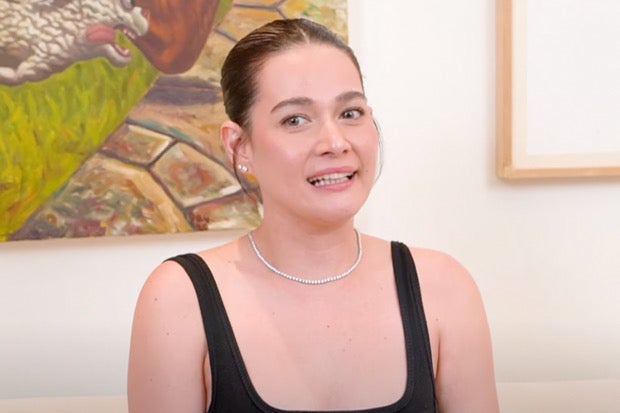 Bea Alonzo revealed that she experienced calling an ex-boyfriend while drunk, but noted that it was not to her most recent ex-boyfriend, apparently referring to fellow actor Gerald Anderson.

The actress spoke about this during a “Never Have I Ever” challenge with fellow actress Francine Diaz, as seen in a vlog on the latter’s YouTube channel yesterday, July 9. One of the statements given by Diaz was about “drunk-dialing” an ex, to which Alonzo admitted that she did in the past.

(I have but not with my most recent ex. Let us be clear on that. [I would like to] clarify because that ex was blocked and erased from my phonebook immediately.)

While Alonzo did not further give details on the subject, she stated that she has only done it once with “Z,” seemingly pertaining to her ex-boyfriend and fellow actor Zanjoe Marudo.

Aside from doing the said challenge, the actresses also talked about “ghosting” after Diaz asked Alonzo what she would advise those who are doing such practice.

(Be man or woman enough to at least break up [and] say goodbye because you should still respect the person even when you are leaving them. Respect the relationship you had with them. You may not love them anymore or you may have found another person to love, but be brave enough to say goodbye.)

(I do not believe in the three-month rule — the one mentioned in our film. But I think you should keep [your new relationship] private for some time, especially when you are the one who cheated [in your past relationship], and when the other person is still mending their broken heart.)

It can be recalled that Alonzo and Anderson had a controversial breakup in 2019. The split was speculated to be caused by a third party, after Anderson was linked to actress Julia Barretto who worked with him in a film at the time. Alonzo also stated that the actor “ghosted” her.

Meanwhile, Alonzo recently disclosed that she is open to do acting projects with Marudo, adding that she is willing to work with her exes, except for one. The actress, who is currently in a relationship with actor Dominic Roque, did not name who she was referring to. JB