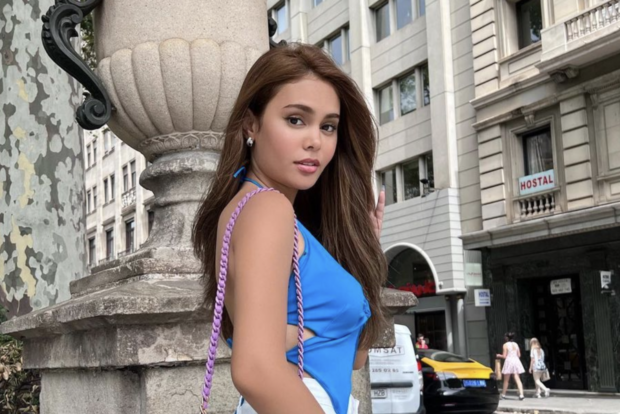 Ivana Alawi has revealed that she  experienced being a “sugar mommy” in past relationships, saying she thought the setup was normal for people who are dating.

The actress-vlogger admitted this in a conversation with celebrity doctor Vicki Belo and her sister Mona, as seen on Belo’s YouTube vlog on Thursday, June 30. The topic was brought up when they talked about Alawi’s boyfriend when she was 17.

Alawi recalled that she used to give money for gas and food to the said ex-boyfriend, prompting Belo to ask if she thought of herself as a “sugar mommy” and if she believed the setup was normal.

“Ako taga-gas niya, taga-date… Akala ko kasi gano’n kapag mahal mo,” Alawi told Belo. (I paid for his gas, our dates… I thought that was what you are supposed to do if you love someone.)

Alawi did not realize she was being “used” until later, when her ex-boyfriend apparently cut ties with her.

“After graduation, bigla siyang nawala. Sabi ko, ‘Ang galing ha. Pinag-gas lang niya ako nang pinag-gas tapos lahat ng ulam, [ang nagbayad] ako,'” she recalled. (After graduation, he vanished. I thought to myself, “Unbelievable. I always paid for his gas and all of his food.)

Despite this experience, Alawi still ended up in a similar situation two years later, when she was 19 years old. This drew laughs from Mona and Belo, who quipped, “Two years lang, naloko ka ulit (In just two years, you were fooled again).”

Aside from the actress’ past relationships, they also talked about Alawi’s new TV series “A Family Affair,” in which she stars alongside Gerald Anderson, Sam Milby, Jake Ejercito and Jameson Blake.

Alawi stressed that while she and Anderson are working together, the actor’s girlfriend Julia Barretto should not feel threatened that she would “steal” Anderson.

(Many people are messaging me about it. I think it’s very important that they know that I respect him, I respect his relationship. I wouldn’t want something to happen to me. I believe whatever you do to others will also happen to you.)

“You’ll never see me steal anyone from anyone,” she added.

“A Family Affair” marks Alawi’s return to acting. The project was about two years in the making as her planned TV series with ABS-CBN fell through in 2020 due to the COVID-19 pandemic.  /ra