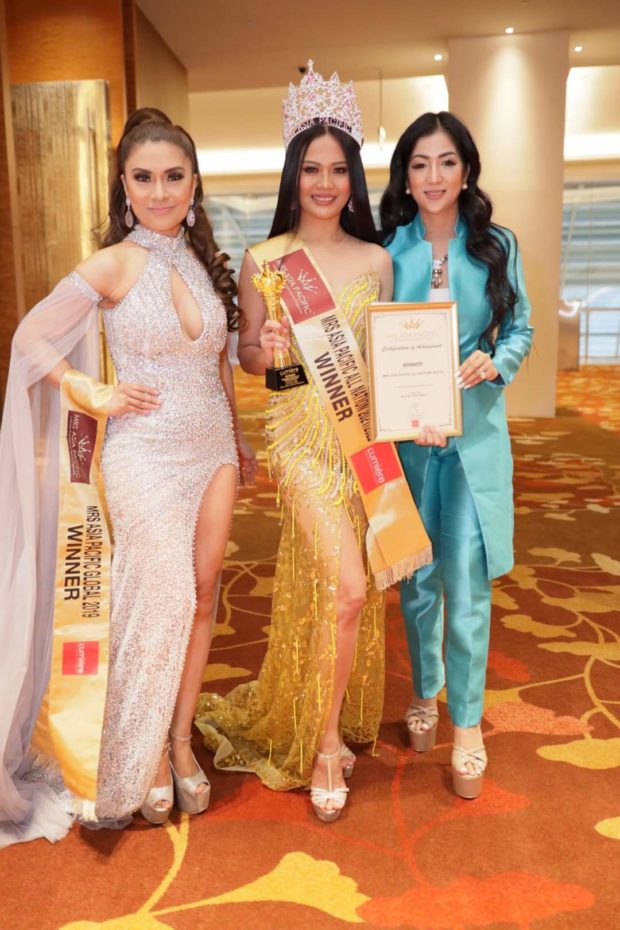 MANILA, Philippines — Five Filipino women brought home citations from the Mrs. Asia Pacific beauty contest in Singapore last month, in the pageant’s edition held after a two-year hiatus because of the COVID-19 pandemic.

Leading the pack of Filipino achievers was Louise Suzanne Alba-Lopez from Quezon City who received the Mrs. Asia Pacific-All Nations crown, one of the five bestowed at the culmination of the ceremonies. She also topped the preliminary talent competition conducted online.

“As I start this chapter of my life, I pray that I would be able to fulfill my purpose as an individual to inspire, encourage, and spread God’s love to others,” she said in a message sent to the Inquirer. “All that I have accomplished, it is because of God’s love and faithfulness to me. I bring back all the glory, honor, and praises to him.”

Lopez’s fellow Mrs. Queen of Hearts Philippines titleholder Ivy Diana Manzon-Bo of Cavite, who initially was not supposed to compete abroad, finished in the contest’s top 12. The military wife and mother got the opportunity to see action on the international stage after a reshuffling of titles by the national organization, assigning new crowns to queens that gave more winners the chance to carry the country’s colors on the global arena.

Monaliza Salenga finished second in the online talent competition and received the Mrs. Charisma Beauty award in the final ceremonies in Singapore. The Mrs. Queen of Hearts Philippines organization appointed her as one of the five representatives in the Mrs. Asia Pacific pageant. She was likewise proclaimed Mrs. Asia Pacific Special Queen Ambassador along with fellow Filipino queen Darling Topacio Edralin.

Filipino queen Avon Morales relinquished the Mrs. Asia Pacific Global crown she won in the international pageant in 2019 to Korea’s So Yeah in this year’s competition.

Aside from the beauty queen delegates this year, Queen of Hearts Foundation CEO Mitzie Go-Gil herself received recognition from the international pageant organization. She received the Asia Most Inspirational Woman of the Year award from Lumiere International, organizer of the Mrs. Asia Pacific pageant. 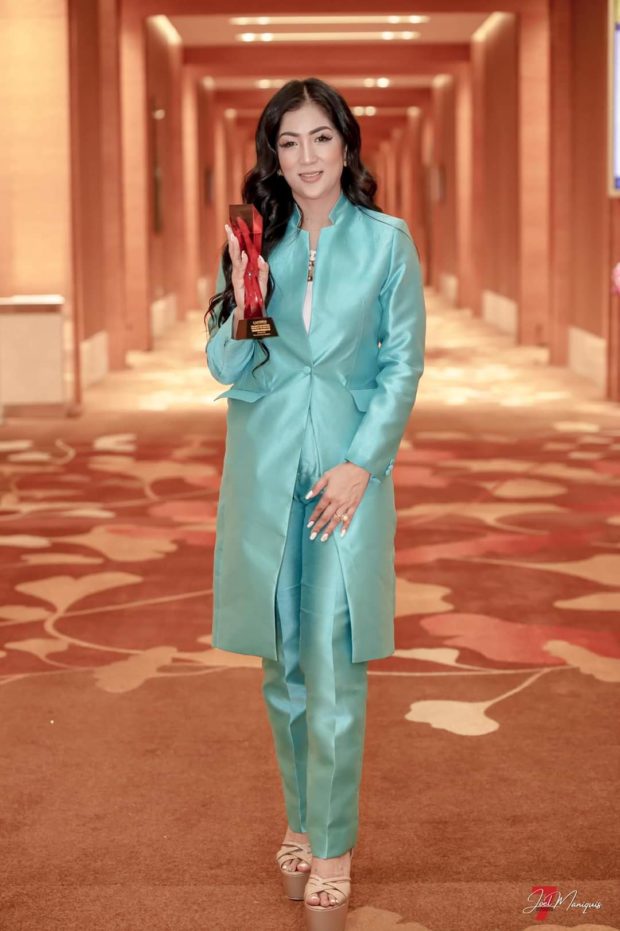 Go-Gil is a crowned international beauty queen herself, having been proclaimed Mrs. Asia Pacific Tourism in 2018. “This award inspired me more to push through my ‘women empowerment’ advocacy through beauty pageants,” she said, via Facebook, of her recent recognition.

Through her Queen of Hearts Foundation, Go-Gil embarks on charity missions all over the country, with the help of the queens and candidates for her national pageants for married women, solo parents and single ladies.

Her pageants seek Filipino women to represent the Philippines in various international competitions in both the “Mrs.” and “Miss” categories.

The Mrs. Queen of Hearts Philippines pageant has also announced the official opening of its 2022 competition and is currently accepting applicants for this year’s contest. JB