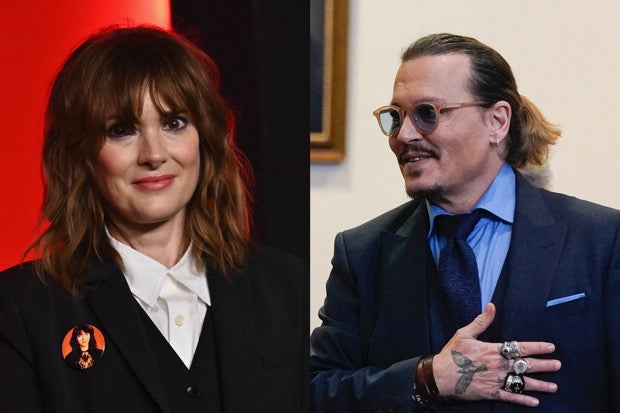 Winona Ryder opened up about her breakup with ex-boyfriend and fellow actor Johnny Depp, and disclosed how the aftermath became her own personal “Girl, Interrupted” moment.

“That was my ‘Girl, Interrupted’ real life,” she was quoted as saying, likening the pain she felt from the breakup to her feelings while making the 1999 psychological drama film “Girl, Interrupted” where she starred with actress Angelina Jolie, as per an exclusive interview with Harper’s BAZAAR yesterday, June 28.

In the movie, based on the Susanna Keysen memoir, Ryder played a girl diagnosed with borderline personality disorder who had to stay at a mental institution.

Aside from the “incredible therapist” she had at the time, the actress also credited Michelle Pfeiffer as one of those who helped her cope from the heartbreak. Pfeiffer is Ryder’s co-star in her 1993 film “The Age of Innocence.”

“I remember Michelle being like, ‘This is going to pass.’ But I couldn’t hear it,” she recalled.

Ryder also admitted that although she rarely talks about the subject, those moments as well as the experience will always stay with her.

“There’s this part of me that’s very private. I have such, like, a place in my heart for those days,” she stated. “But for someone younger who grew up with social media, it’s hard to describe.”

Ryder and Depp started dating in 1989, got engaged after five months, and broke up after a four-year relationship. The pair was one of the most popular celebrity couples of the 1990s.

Meanwhile, amid Amber Heard’s accusations of abuse against ex-husband Depp, Ryder has spoken in defense of Depp. In 2020, Ryder gave a statement on Depp’s libel case against British newspaper The Sun, which called the actor a “wife-beater” in a 2018 article. Ryder came to Depp’s defense and said that the actor was “never abusive” towards her during their relationship. Depp lost the case.

Meanwhile, Depp was recently awarded $15 million (about P800 million) in damages after a United States jury ruled in his favor in his defamation suit against Heard.

Ryder stars in the Netflix series “Stranger Things” which recently returned for its fourth season. Joining her in the cast are David Harbour, Millie Bobby Brown, Finn Wolfhard, Gaten Matarazzo, Caleb McLaughlin, Noah Schnapp and Sadie Sink, among others. JB