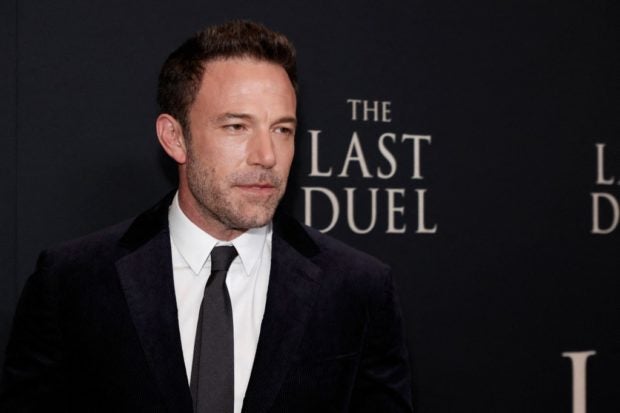 Ben Affleck’s 10-year-old son Samuel got into an unfortunate situation during their visit to a car-rental agency after he reversed a sports car into another luxury vehicle.

The incident happened when the American actor was with his son and his fiancee, singer Jennifer Lopez, at 777 Exotics in Los Angeles to test-drive a new car, as per TMZ last Sunday, June 26.

Affleck let Samuel, his son with his ex-wife Jennifer Garner, to hop on the driver’s seat of a yellow Lamborghini. The car’s engine appeared to be running at the time, as per reports, and Samuel ended up crashing into a white BMW that was parked behind him.

The rear bumper of the car driven by Samuel made contact with the front of the white vehicle. After the crash, the child got out of the car to inspect possible damages.

“Sam seemed very interested in the exotic cars. Ben let him get into the driver’s seat of a very expensive Lamborghini, [and] the car ended up reversing into another parked car,” a source exclusively told People magazine last Monday, June 27. “There seemed to be no damage to the cars though. You could tell that Ben very much regretted letting Sam get into the driver’s seat. He seemed upset about it.”

According to a representative for Affleck, everyone was okay after the incident and there were no damages. An employee for the rental agency also confirmed to TMZ that there was no accident and the cars were just parked close together.

Aside from Samuel, Affleck shares two more children with Garner–Violet and Seraphina Rose.

Affleck announced his second engagement to Lopez in April, 18 years after they first ended their relationship. The couple were set to get married in 2003 but postponed it, then eventually announced their breakup in 2004.  /ra