Take a look at the original ‘Top Gun’ house 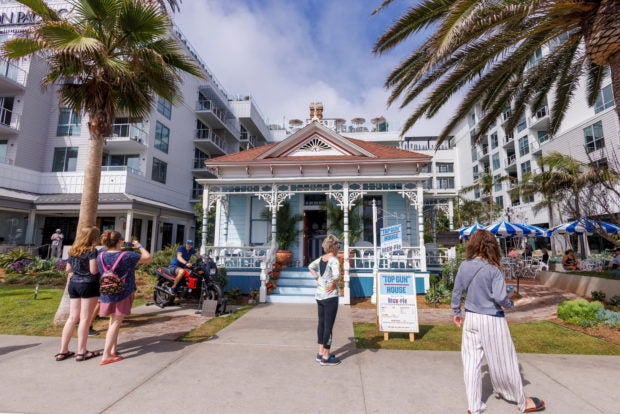 The house featured in the original “Top Gun” movie has been restored and turned into a “High Pie” shop along the beach in Oceanside, Californian, U.S., June 13, 2022. Image: Reuters/Mike Blake

In Oceanside, California, a tiny pastel blue bungalow is nestled between lofty hotels and apartment blocks. It is the “Top Gun” house.

The house was owned by Maverick’s love interest, Charlie, in the 1986 original film. Now restored and moved a block down from its original location, it has been opened to the public.

“You get to relive that magical, quintessential southern California moment, where Tom Cruise is coming up the coast in his Kawasaki 900,” said Ben Fairchild of the Mission Pacific Hotel and Seabird Resort, where the structure is now located.

“There’s a replica right outside the house that you can jump on and really relive that moment of the coastal breezes going through your hair, which is a lot of fun.”

The sequel to “Top Gun,” “Top Gun: Maverick,” is currently the highest grossing movie of the year in the United States. AP/JB