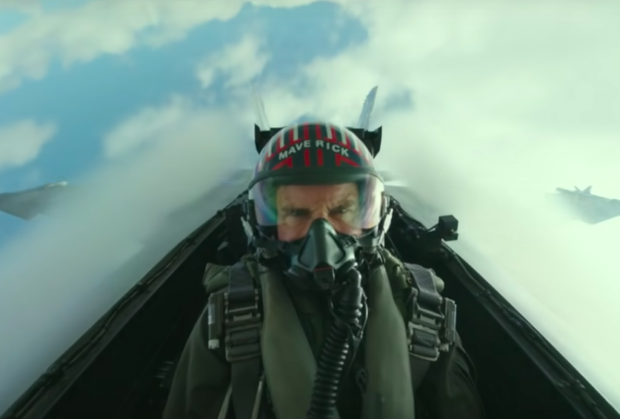 LOS ANGELES – Much-anticipated action film “Top Gun: Maverick” was expected to have a big opening and it did not disappoint, taking in an estimated $151 million in North America for the four-day Memorial Day weekend, industry watcher Exhibitor Relations reported.

Viewers had to wait 36 years to see the sequel to the original “Top Gun,” but critics say the Paramount/Skydance production was worth the wait, with some calling it superior to the original film.

The film — whose release had been delayed two years by the COVID-19 pandemic — notched $124 million for the first three days of the holiday weekend and took in the same amount overseas, despite not playing in China or Russia. It was Cruise’s first opening to top $100 million.

Slipping a notch to second place was “Doctor Strange in the Multiverse of Madness,” which in its fourth weekend took in $16.4 million for the Friday-through-Sunday period and $21.1 million for the full four days.

The Disney film, starring Benedict Cumberbatch, had opened to a year’s best $187 million.

In third spot was 20th Century’s new “Bob’s Burgers Movie.” The animated film, based on a popular television show, earned $12.6 million for three days and $15 million for four.

And in fifth was Universal’s family-friendly animation “The Bad Guys,” at $4.6 million for three days and $6.1 million for four.

How Tom Cruise survived the end of the star era

Read Next
James Cooper, makeup artist to the stars, passes away; Maricel, Meryll Soriano pay tribute
EDITORS' PICK
House energy committee chair Arroyo bats for cheap electricity
Karding damage to infrastructure at P23M
Bongbong Marcos says PH ‘open for business’ with new Clark Airport terminal
Individuals affected by ‘Karding’ now over 157,000
Reignite your passion with the vivo Y35
Newbie gamers are in for a treat with the power-packed feature of vivo Y16
MOST READ
Angelica Panganiban ‘duguan, sugatang mom’ one week into breastfeeding
LPA enters PAR, may develop into tropical depression
Badoy not with Office of the President, NTF-Elcac, under Marcos admin — solon
Charges readied vs gov’t guard with P290-M deposits
Don't miss out on the latest news and information.