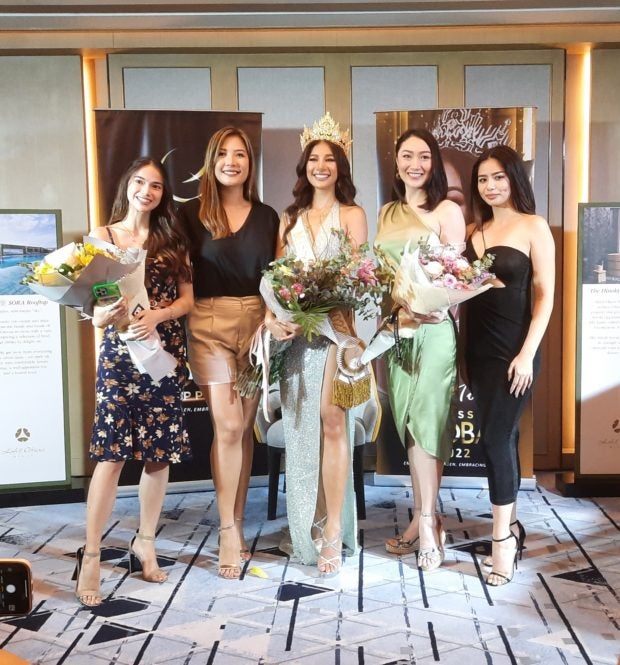 MANILA, Philippines — The duty to give the Philippines its first Miss Global crown may be daunting, but Filipino queen Shane Tormes found strength in her late mother whenever the pressure of her task got the best of her.

“I brought a framed photo of my mother to Indonesia. I put it in my room so I can always see her, and even brought it backstage for the coronation night,” Tormes said when she faced local scribes for her homecoming press conference at Okura Hotel at Newport City in Pasay City on June 18.

She said she did not have any family with her in Indonesia and nobody flew to watch her compete.

“Every time I got tired, I just looked at my mom,” shared the new global queen, who lost her mother to cancer late last year.

Tormes said whenever her mother went to her chemotherapy sessions, she would tell people that she was excited to fly to Indonesia to watch her daughter compete. But she did not survive and the Filipino beauty was left grasping for courage to move on.

“I learned that as long as you are breathing, you continue to live. Work on your dream,” she added.

The singer-model has been competing in pageants for 11 years, making the rounds of local and national competitions, but missing the opportunity to represent the Philippines abroad. In her recent national contest, the 2020 Miss Philippines Earth pageant conducted virtually, Tormes may have received a crown as Miss Philippines Fire but still with no international assignment.

Last year, she received a call from the Miss Global Philippines organization asking her if she was interested in representing the Philippines in the 2022 Miss Global pageant in Bali. She heeded the clamor and the rest was history.

Tormes said that she felt “90 percent” that she would win the crown. She also had a dream that she had a pink gown while wearing a golden crown. So, even with her mentors’ protestations, she brought a pink gown to the contest where gold and silver had been the staple wardrobe of choice.

And when she saw the stage, she said she had a good feeling she already had the crown in the bag.

“I just had to give a good performance,” she said. And she did.

Before Tormes’ victory, the Philippines’ highest placement was CJ Hirro’s first runner-up finish in 2016 in the pageant held in Manila.

With no editions held in 2020 and 2021 because of the COVID-19 pandemic, Miss Global also crowned a 2021 winner along with Tormes as the 2022 queen. Single mother Jessica da Silva of the United Arab Emirates received the title, and will now be sharing a reign with the Filipino beauty.

The Miss Global pageant is the first international tilt to allow single mothers to participate in a “Miss” competition. It also has the widest age bracket with the maximum age for aspirants pegged at 35. 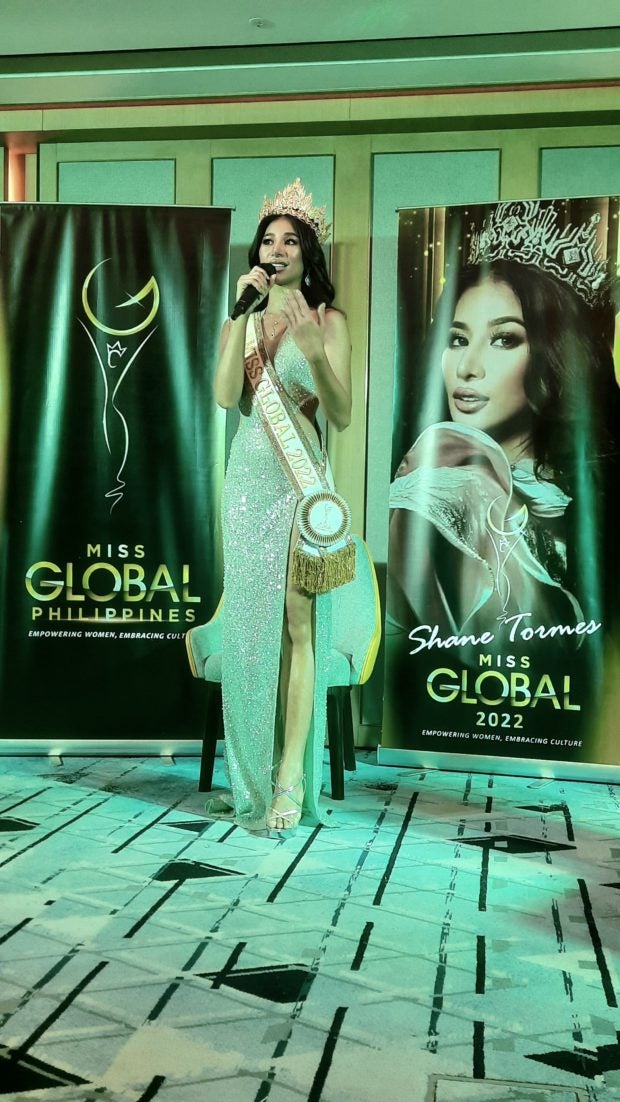 With Da Silva and four runners-up, Tormes said there are six of them who will be working to spread the Miss Global brand and embody the pageant’s thrust of women empowerment.

Tormes said she considers her Miss Global victory as a fitting “graduation” for her long-spanning pageant “career,” but vowed to help hone more Miss Global queens from the Philippines after her retirement from beauty contests.

She is also not closing her doors to a possible entry in the entertainment industry overseas. She has also won the Miss Talent award in the Miss Global pageant, the same distinction she received in the Binibining Pilipinas and Miss Philippines Earth contests.

Looking back, Tormes said she used to be the girl who cheers for her friends, clapping at the background on the same stage. But now that she has found herself on the receiving end of the applause, she said, “I never imagined it would feel this good to finally be appreciated.” JB