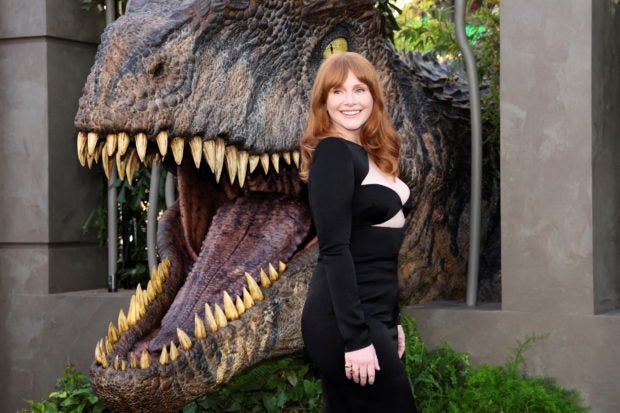 LOS ANGELES — To infinity and beyond? Not exactly.

“Lightyear,” a spinoff story set in Pixar’s “Toy Story” universe, fell short of that boundless milestone in its box office debut, collecting a lackluster $51 million from 4,255 North American theaters, Variety reported. Family audiences, the movie’s prime demographic, have been largely absent since COVID. But even so, those ticket sales are disappointing for a brand as recognizable as Pixar, the home of “The Incredibles,” “Finding Nemo” and “Up.” It’s particularly problematic given that “Lightyear” cost $200 million to produce and tens of millions more to market.

Heading into the weekend, the Disney film was expected to generate at least $70 million. But its ambitions were thwarted by heightened competition from Universal’s behemoth “Jurassic World Dominion” and Paramount’s high-flying “Top Gun: Maverick,” as well as little intrigue to watch a slightly esoteric origin story about Buzz Lightyear, one that had only a tenuous connection to the four films in the popular kid-friendly franchise. With its wobbly liftoff, “Lightyear” landed in second place, becoming one of the rare Pixar films to not take the top spot at the domestic box office.

Notably, “Lightyear” is the first Pixar movie to play on the big screen in more than two years, since “Onward” in March 2020. During the pandemic, three Pixar movies — “Soul,” “Luca” and “Turning Red” — skipped theaters to land directly on Disney+, leaving some box office analyst to question if consumers have been trained to watch Pixar movies at home. Other industry experts question if Disney is relying too heavily on brand recognition and not enough on execution. “Lightyear” landed an “A-” CinemaScore, indicating that audiences enjoyed the movie.

“This is a soft opening for a spin-off of one of the most successful animation series of all time,” says David A. Gross, who runs the movie consulting firm Franchise Entertainment Research. He notes: “‘Toy Story’ defied gravity at the box office during its 24 year run, each episode topping the last, the last two clearing a billion dollars worldwide. But like all spin-offs, the ‘Lightyear’ story is narrower now.”

Even with a colossal 60% decline, “Jurassic World Dominion” managed to capture the box office crown again. Universal’s prehistoric sequel generated $58.6 million from 4,697 cinemas in its second weekend of release, bringing its domestic total to $259 million.

In third place, “Top Gun: Maverick” continues to fly high with a mammoth $44 million from 4,035 venues in North America. Those box office returns, a scant $15% drop from its prior outing, are especially significant because the film has been playing in theaters for a month. Only one film, “Avatar” with $50 million in its fourth weekend of release, has generated more at this point in its theatrical run. To date, sequel to 1986’s “Top Gun” has grossed $466 million in the United States and Canada and $885 million globally, making the film the biggest blockbuster in Tom Cruise’s decades-long career.

Disney’s “Doctor Strange in the Multiverse of Madness” took the no. 4 slot with $4.2 million from 2,455 locations. After seven weekends on the big screen, the Marvel comic book sequel has amassed an impressive $405.1 million in North America. However, the “Strange” sequel is no longer the highest-grossing movie of the year in the U.S. That title that now belongs to Pete “Maverick” Mitchell. JB