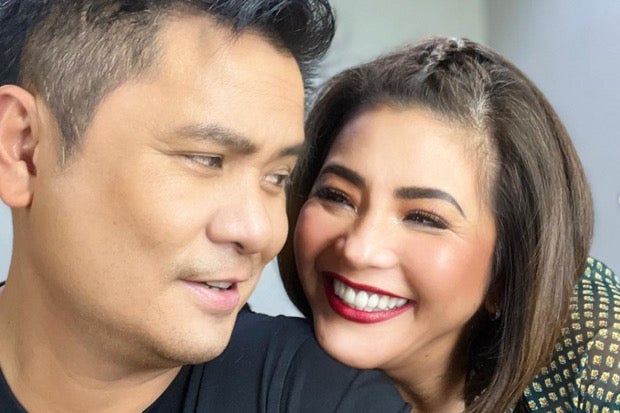 Amid rumors that their marriage is going through a rough patch, Ogie Alcasid set the record straight by declaring his love for his wife, fellow singer Regine Velasquez.

“I have read some tweets about my wife and I having marital problems,” the singer-songwriter said through his Twitter page on Monday, June 13. “For the record, wifey and I are so much in love and there has not been a day where [that love for each other has diminished].”

Alcasid then followed his tweet with a correction on his prior statement and stated his wish for his fans.

“Guys, I wish you would really experience great love,” he added. “It truly is a blessing.”

Alcasid also responded to one @joelangelesb who cast doubt on the singer’s statement, saying that the couple may really have a problem “in his humble opinion.”

If people explain in a social media that the relationship has no problem and the love never deminished? It means the opposite. So yeah they do have a problem imho.

I meant were that love for each other has diminished. Arrgh i have to practice proofreading hehe… sorry po…

Guys, i wish you would really experience great love. It truly is a blessing. ❤️❤️❤️🙏🙏🙏🤗🤗🤗

It can be recalled that Alcasid also recently addressed comments over his and Velasquez’s relationship, stating that he takes pride and does not feel “reduced” being called “husband of Regine.”

Alcasid and Velasquez tied the knot in Batangas in December of 2010, and welcomed their son Nate a year after their marriage. JB