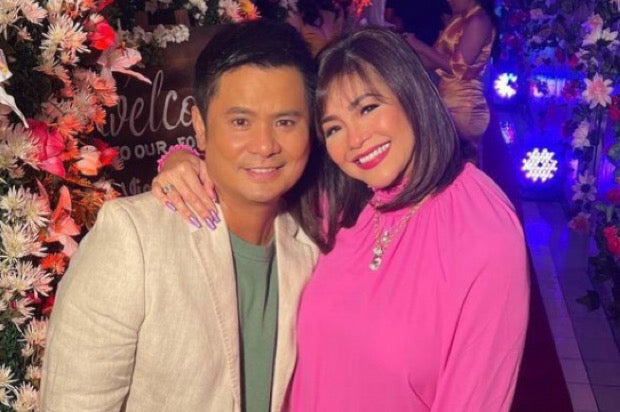 Ogie Alcasid expressed his admiration for his wife, Asia’s Songbird Regine Velasquez, by declaring that being called her husband is something he is proud of.

Alcasid’s statement came as a reaction to a netizen’s tweet which he recalled, and which supposedly implied that he is pitiful because his title was “reduced to ‘husband of Regine,'” as per Alcasid’s Twitter page today, March 23.

“Hey my bro, just want to let you to know that [I take pride in being a husband] to the kindest and most loving human one can ever meet. Peace,” the singer-composer said.

Velasquez then responded to him by expressing her love and calling him “baba,” which appears to be their term of endearment.

I saw a tweet before that na kawawa ako kasi i was reduced to “husband of regine”. Hey my bro, just want to let you to know that i take pride of being husband to the kindest and most loving human one can ever meet. Peace.

Velasquez earlier admitted that she still feels guilty for being the third party between Alcasid and his ex-wife, Australian beauty queen Michelle van Eimeren. Velasquez also disclosed how she copes with the guilt by reminding herself that she’s now his wife.

Alcasid and Velasquez got married in Batangas in December of 2010 and welcomed their son Nate a year after their marriage. JB