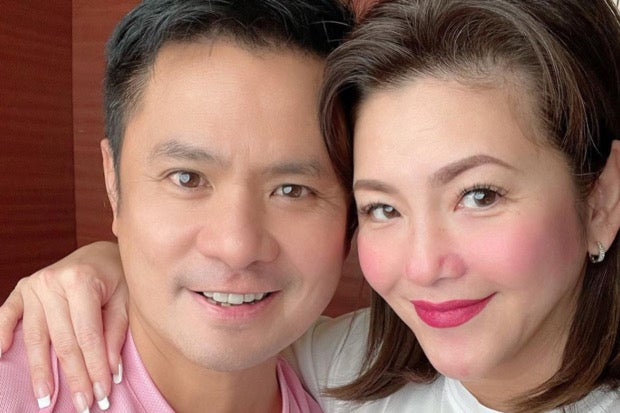 Regine Velasquez admitted that until now, she still feels guilty for being the third party between fellow singer Ogie Alcasid and his ex-wife, Australian beauty queen Michelle van Eimeren.

Velasquez spoke about her experience in an episode of the morning talk show “Magandang Buhay,” as seen on ABS-CBN’s YouTube channel today, March 21. She recounted her struggles after she and her co-hosts Jolina Magdangal and Melai Cantiveros received a letter from an “other woman” on their segment “Dear Momshieserye.”

“Hindi ko alam kung anong nangyayari sa marriage nila at that time kasi hindi naman ako kasali doon, but it happened. I just have to say that it was so difficult,” Velasquez said. “If I could bring back the time, I love my husband but siguro mas gugustuhin ko na wala kaming nasaktan, na walang dalawang bata na nag-suffer because we wanted to be together.”

(I don’t know what was happening to their marriage at that time because I’m not included there, but it happened. I just have to say that it was so difficult. If I could bring back the time, I love my husband but maybe I would rather want that we did not hurt anyone, that no two kids had to suffer because we wanted to be together.)

The Asia’s Songbird also opened up on the guilt she still bears despite being already forgiven by Eimeren. She stressed how she never planned to be in that situation, much more hurt people with her actions.

“For a while I have to say, I have to live with that guilt forever. My husband would say, ‘It was not about you, it was about me and Michelle,’ but even then, I was there. I was part of the relationship. I was the third party,” she stated. “For a time, na-forgive na ako ni Michelle, na-forgive na ako ng mga tao (I was forgiven by Michelle and other people), except me. I wasn’t forgiving myself and I’m still working on it. Every now and then I would remember what happened to us and I’d still be guilty.”

Velasquez then disclosed how she copes from the guilt by reminding herself that she’s not in the same situation anymore and she’s now his wife.

“I’m not outside anymore. I’m his family now so tina-try kong tanggalin ‘yung sarili ko doon (I try to remove myself from that [thought]),” she added.

Velasquez and Alcasid tied the knot in a private ceremony in Batangas in December of 2010. They have a son, Nate, who they welcomed a year after their marriage. JB