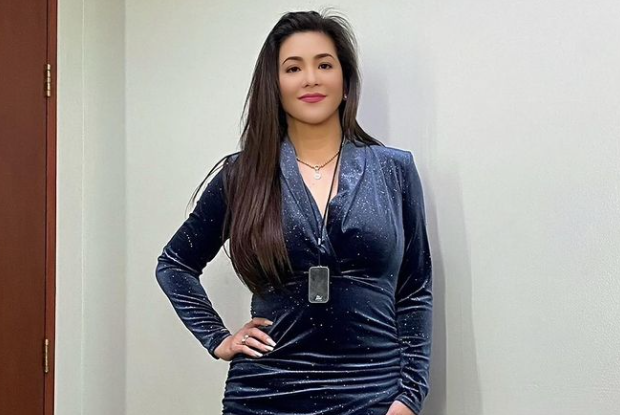 Regine Velasquez expressed her dismay against those who are using her son Nate’s identity on various social media pages and appealed to the public to stop doing so.

(Hi guys. I am requesting that if you ever see an account with Nate’s name, please help me report them. Actually, there are many accounts made for Nate on Facebook and Instagram without our permission.)

Velasquez said the public may use photos of her son that she posts on social media, but she does not think it is fine for others to make accounts bearing Nate’s name.

(You can post his pictures because, like I said, once it has been posted we can no longer stop it. I guess I’m just not so comfortable with those making accounts for him.)

Velasquez pointed out that she is only protecting Nate, and since her child is not a celebrity she is very disappointed with the said accounts.

“[Please], if you guys don’t mind, stop [now],” she requested the public. “If you guys noticed, I hardly post his pictures na kasi nga binibigyan na namin siya ng privacy (now because we are giving him privacy).”

Velasquez lamented that even if she does allow Nate to have his own social media accounts, he can no longer use his name because other people have already used it as a username, as stated on her Twitter page, also yesterday. She also admitted that she felt like the public had “exploited” photos of her son.

“[For] the longest time, hindi ko [magamit] ‘yung sarili kong pangalan dahil ginamit n’yo na (I cannot use my own name [online] because you already used it,” she noted. “I just don’t want him to experience that. I also don’t want people exploiting my [pictures] of him.”

“[It’s] with our supervision, ok. That’s his, not someone using his name and stealing my [pictures],” she said.

Ok sinasabi nyo na if we wanted privacy for him dapat wala syang YouTube acc the point is that acc is his he ask us if can have one plus we have a group of people producing them most of all it’s with our supervision ok. That’s his not someone using his name and stealing my pix.

Velasquez and Alcasid tied the knot in December 2010. Velasquez gave birth to Nate via cesarean section in November 2011.  /ra