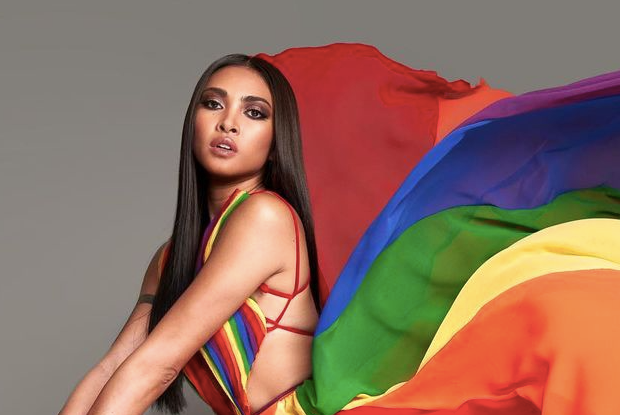 Miss Philippines Beatrice Luigi Gomez has expressed her support for same-sex marriage and the SOGIE (Sexual Orientation and Gender Identity or Expression) Bill, stressing that it is a human rights issue.

Gomez, who is an out bisexual, was asked about her opinion on the SOGIE Bill and the Anti-Discrimination Bill in her interview with broadcaster Karen Davila for ANC’s “Headstart” today, Dec. 16. The beauty queen explained that the SOGIE Bill is not just for those in the LGBTQ+ community but everyone else as well.

When asked if she favors same-sex marriage, Gomez answered affirmatively and described such unions as a “blessing.”

“To everyone who has a loved one, you would really want to end up with that person with a blessing. It would be wonderful if you were blessed so I really support same-sex marriage,” she told Davila.

Aside from her support for the SOGIE Bill and same-sex marriage, Gomez also talked about her performance in the Miss Universe 2021. During the pageant’s question-and-answer portion, she was asked about her opinion on mandating a universal vaccine passport.

Gomez admitted that while she prepared for topics related to the COVID-19 pandemic, she did not expect that the question given to her would be about vaccines. Despite this, she believes she prepared well for the pageant.

“It’s not that difficult. I was just hoping for something different where I can express myself better, topics that I’m more familiar with and topics that are less controversial,” she said. “What’s done is done. I hope people learn from my answer.”

Gomez was one of the candidates in the Miss Universe beauty pageant in Eilat, Israel, last Dec. 13. She finished her journey in the competition as part of its top 5.