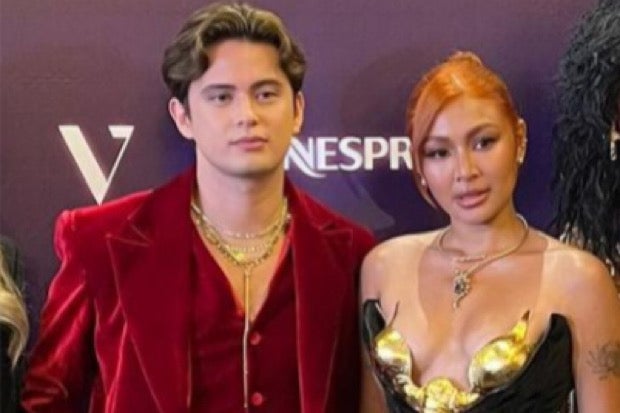 Nadine Lustre and James Reid delighted their fans as they had a reunion and attended the recently held Mega Ball together with their friends.

Lustre and Reid came to the event with their fellow Careless Music artists, as seen on the Instagram page of the actor-musician’s official fan club REIDers yesterday, June 12.

The actress donned a black fitting dress with a gold scorpion detail while Reid wore an all-red velvet suit and gold layered necklace.

Lustre and Reid confirmed their breakup in January 2020, stating that they are “on good terms” and “are still really good friends.” The two also recently worked together in Reid’s song “Hello 2.0” where Lustre was featured in the music video along with actress Liza Soberano and Momoland’s Nancy.

Meanwhile, Lustre has been public about her relationship with her non-showbiz boyfriend Christophe Bariou. They have been spotted together in various locations over the past year, including at relief operations and a feeding program in Siargao after typhoon Odette hit the province.

Reid, for his part, disclosed that he is currently focusing on his music career and is trying to “stay single for as long as possible.” It was also recently revealed that he will be managing Soberano as her contract with comedian-talent manager Ogie Diaz ends. JB

Nadine Lustre pressured but appreciative over being called ‘president’ by fans